LA Lakers News, NBA: Philip Anschutz owns the second-largest ownership stake in the Los Angeles Lakers. He is reportedly selling his 27 percent of the team.

Anschutz is reportedly selling his Los Angeles Lakers’ stake to two members of the Los Angeles Dodgers ownership group, according to Scott Soshnick and Eben Novy-Williams of Sportico.com

“Billionaire Philip Anschutz, the founder of sports and entertainment giant AEG, has reached an agreement to sell his stake in the Los Angeles Lakers to Los Angeles Dodgers owners Mark Walter and Todd Boehly, according to multiple people familiar with the deal,” Soshnick and Novy-Williams wrote.

Late breaking news from @soshnick and @novy_williams : Philip Anschutz selling his 27% stake in the @Lakers #SportsBiz Great way to end the week! https://t.co/Iy3ILz6LnC

The Los Angeles Lakers is owned majorly by the Buss family who owns 66 percent of the team. The Dodgers administrator Waler and Boehly will not only purchase Anschutz’s 27 percent stake but also the right of first rejection if the Buss family chooses to sell its stake. 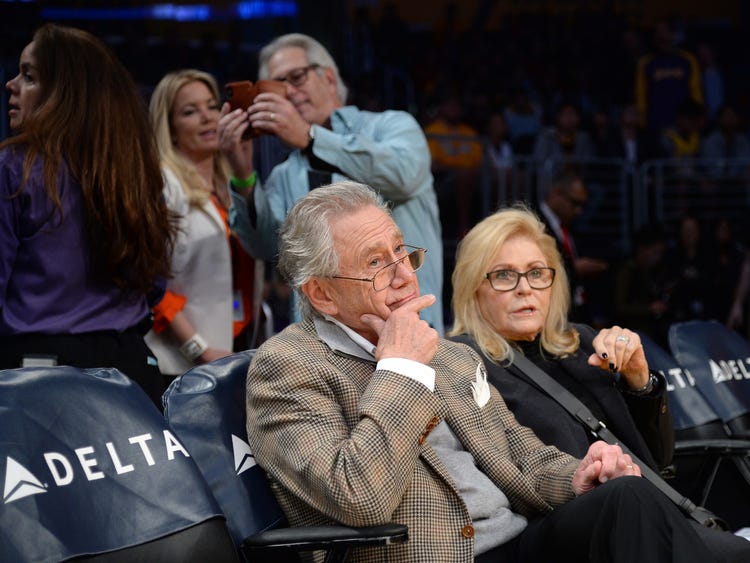 The sale still needs to be approved by the NBA Board of Governors. However, that does not appear to be a problem at the moment.

Anschutz is reportedly going to receive $5.14 billion if he successfully sells his 27% stake in the LA Lakers

Los Angeles Lakers News/Rumors: The LA Lakers’ injury-ridden season came to an end after they were knocked out by the Phoenix Suns in Round 1 of the NBA Playoffs. Already preparing for the next season through various offseason moves, LeBron James is rumored to switch back to his old Number 6 jersey.

The Athletic’s Shams Charania and Tim Cato reported the LA Lakers star plans to change his jersey number from No. 23 to No. 6 for the 2021-22 NBA season. He previously wore No. 6 during his four-year run with the Miami Heat.

This would ostensibly allow Anthony Davis to assume the No. 23 jersey, which he used for his seven seasons with the New Orleans Pelicans. According to Charania and Cato, Davis is sticking with No. 3.

First look: LeBron James will change his Lakers jersey number to No. 6 next season after donning the number in his new movie “Space Jam: A New Legacy.” pic.twitter.com/VZksn1qVCy