Bucks vs Hawks NBA Playoffs: Giannis Antetokounmpo is a two-time MVP, one of the best players on the planet. Even so, he’ll gladly cede the closer’s role to Khris Middleton in the Eastern Conference finals.

With Middleton taking command in the final minutes, the Milwaukee Bucks are now up 2-1 on the Atlanta Hawks heading to Game 4 of the series Tuesday night.

“We were like, ‘Get the hell out of the way, give him the ball, take us home, Khris,’ and that’s what he did,” Antetokounmpo said. “I trust this guy to death. If he wants the ball, he gets it. Simple as that. He’s knocking down shots.”

Middleton scored 20 of his playoff career-high-tying 38 points in the fourth quarter of Game 3, rallying the Bucks to a 113-102 victory that restored the home-court edge they lost to the Hawks in the series opener at Milwaukee.

Antetokounmpo wasn’t the least bit hesitant about stepping aside for Middleton in the biggest minutes of the series so far.

“Doesn’t matter who is the first guy. Does not matter,” Antetokounmpo said. “I want to be a winner. I have the whole game to be the guy. I don’t care about being the guy in the fourth quarter.” 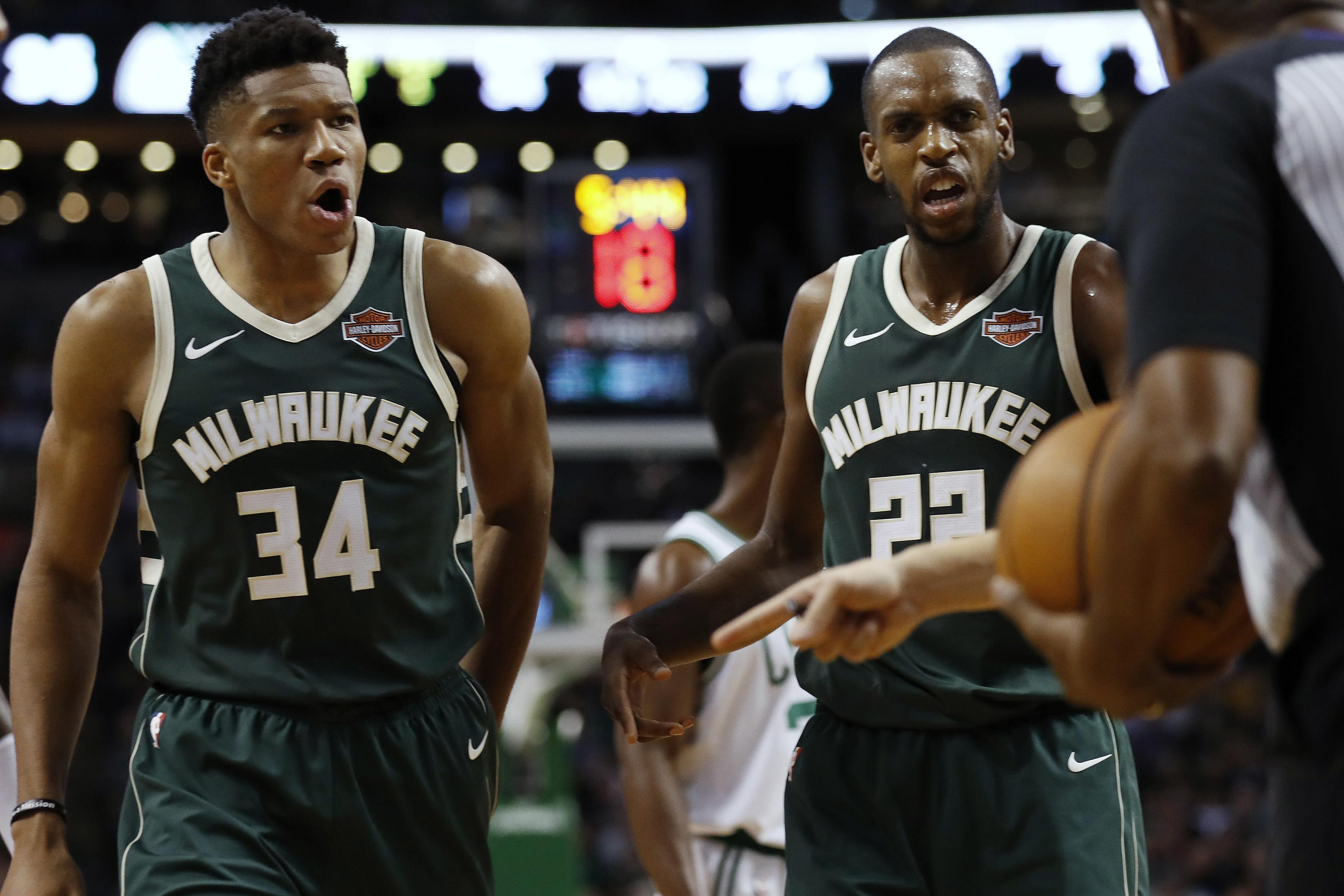 While the Bucks appear to have several players who can carry them to the NBA Finals — don’t forget Jrue Holiday — the Hawks rely on one player above all others.

Trae Young twisted his right ankle in a freak accident Sunday night, stepping on a referee’s foot along the sideline in the final minute of the third quarter.

Giannis on Khris Middleton, the closer, in part: “I want to be a winner. I have the whole game to be ‘the guy.’ I don’t care about being the guy in the fourth quarter. I trust Khris to death. If Khris asks for the ball, better give him the ball.”

He underwent an MRI on Monday, which showed a bone bruise. He was listed as questionable for Game 4.

It’s hard to envision the upstart Hawks pulling off another playoff upset without a player who’s been one of the breakout stars of the postseason.

Young is averaging 29.8 points in the playoffs, including 35 in Game 3 even though he made only one basket after being injured.

“He’s the head of our snake,” teammate John Collins said. “That’s the last thing anyone who’s a Hawks’ supporter wants to see is that dude coming down with any knick-knack or whatever it is. … You hate to see it. I’m just hoping and praying he’s gonna be OK.”

Young was able to return to the court with just under 9 minutes remaining and the Hawks nursing a five-point lead. But he was limping noticeably and grimacing in pain every time he dribbled up the court.

Lacking his trademark explosiveness, which creates so many opportunities for the Hawks’ offense, Young hit only one basket the rest of the game. Middleton and the Bucks outscored Atlanta 25-9 to win going away.