Bucks vs Suns Game 3 in NBA Finals Scores: Bucks win 120-100, initiate a comeback in the series.

The Milwaukee Bucks have won at home court to make the series 2-1. Giannis Antetokounmpo scored 41 points, had 6 assists, and 13 rebounds. It was a slow game for Khris Middleton but he added 18 points, 6 assists, and 7 rebounds to the mix.

For the Suns, Jae Crowder, Chris Paul, Deandre Ayton scored 55 points combined before Ayton was out in the 2nd half.

Chris Paul calls Deandre Ayton the anchor of the Phoenix Suns’ defense. With Ayton on the bench for much of the second half, that defense sank.

The 6-foot-11 center’s inability to avoid foul trouble enabled Giannis Antetokounmpo and the Milwaukee Bucks to have their way in a 120-100 Game 3 victory over the Suns on Sunday night.

“He’s a big part of our team,” said Paul, the Suns’ All-Star point guard. “He’s the anchor of our defense. I feel like any (opposing) team would love for him not to be on the court offensively and defensively.”

Phoenix also missed Devin Booker’s production, as he shot 3 of 14 and collected just 10 points after scoring 27 in Game 1 and 31 in Game 2.

Ayton’s absence showed just how big his presence on the floor is for the Suns.

The No. 1 overall pick in the 2018 draft scored 16 points in the first 14 ½ minutes of Game 3 but picked up his fourth foul with 10:25 left in the third quarter and sat out the rest of the period. By the time he returned, the Bucks owned a 22-point lead.

While Ayton wasn’t made available to reporters after the game, his teammates emphasized how much they missed him.

“It was big-time because they crashed the glass so hard and they’re big and they really emphasized physicality this game,” Suns forward Cam Johnson said. “Deandre does a really good job of bringing that presence to our paint, rebounding the ball, being physical, so it’s tough to have him in foul trouble, for sure.” 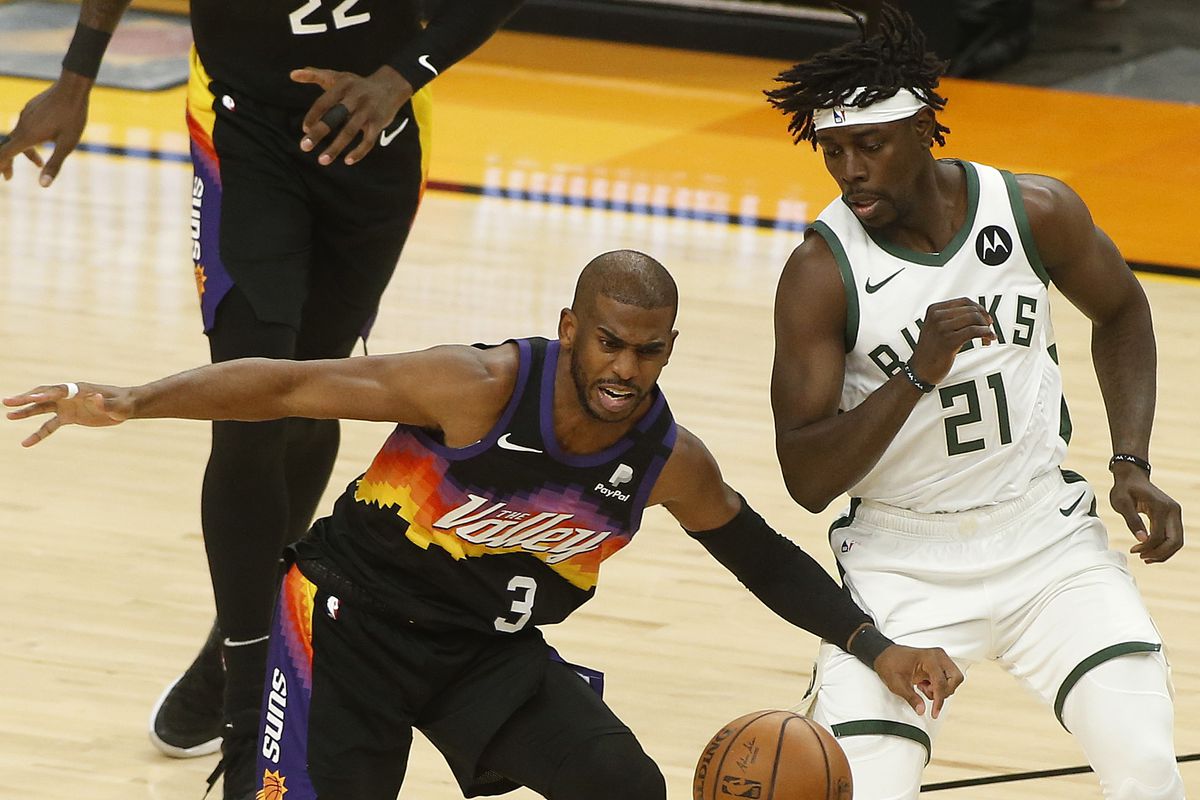