Call of Duty Mobile Community Update June 17th 2021: Dark Gunman Mythic Drop, Weapon Balances, High Noon Chase & More. Greetings Call of Duty: Mobile Community! Surprisingly, we have only two more weeks until Season 5 arrives and that means it is time to push through all of those Season 4: Spurned & Burned Seasonal Challenges (which are all available as of this week), finish off the Battle Pass, catch that stage coach in High Noon Chase, and collect those Clan Wars rewards. However, we still have more content coming your way and to start with we have a brand-new Mythic drop!

The Holger 26, a new LMG, has arrived this week and today the Mythic Holger 26 – Dark Frontier has surfaced alongside the outlaw Kreugar – Black Hat! We’ll have information on all of that below, but first we wanted to share some information about Season 5. We dropped our first teaser for this last weekend and surprisingly very few people guessed it right. 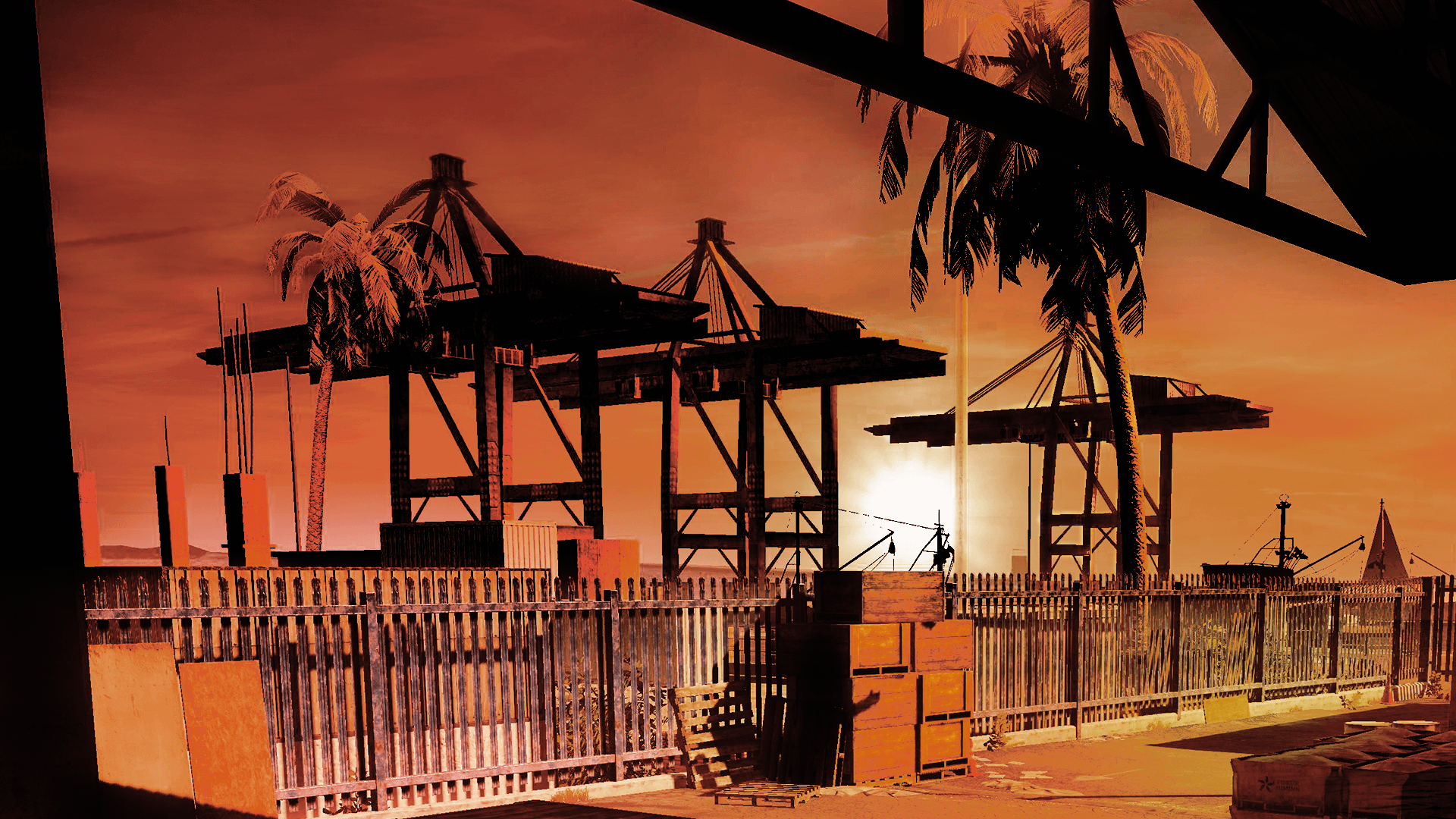 A lot of close guesses on this one for MP maps that take place in a similar area, but we’ll have two more teasers (one for a map and one for new weapons) coming this weekend so get ready to make some more guesses! Most importantly, make sure to tune into our social media channels on June 21st 😉.

No more talk of Season 5 for this post, but we’ll catch you up with that next time! This update is going to be relatively short this week compared to other beefy ones in June, but we are just preparing for the usual onslaught of new content to discuss that comes alongside a new season. For now let’s jump in and talk through some new events, an announcement, and of course feedback and bugs!

Here is a quick look at all of the newest events and others launching throughout the week:

The season may be nearing its classic western sunset but it still has plenty left to experience, try, and earn through events. While we have all of these usual events going on we also still have Stage 1 of the Call of Duty: Mobile World Championship 2021 presented by Sony! 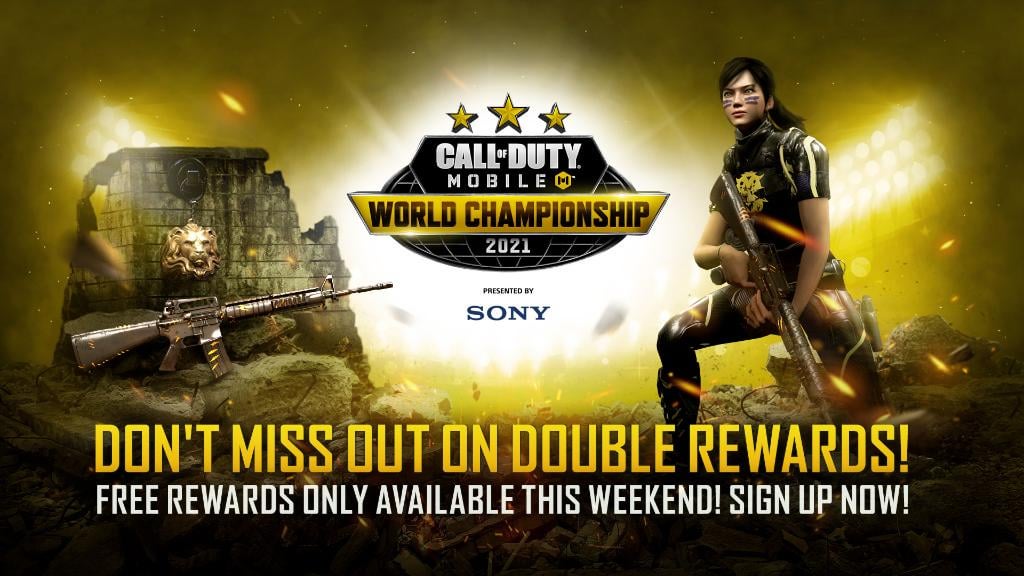 We have just two more weekends (including this one) left to qualify as a part of Stage 1 and there is still plenty of time climb through those ranks, earn unique rewards like Manta Ray – 2021 MVP and qualify! Stage 2 is just around the corner as well, so for anyone already qualified be sure to start thinking about who you want to team up with or reach out to community areas now to start looking for some like-minded players who can complement your skills. Good luck to everyone competing this weekend!

This doesn’t mean all features will be shared, with certain features still being preferred by each respective region. For example, there are currently no plans to bring over the health changes from the Chinese version’s Battle Royale. However, there is plenty being synced and shared across both that should make it feel more unified on top of obvious things like seasonal themes, massive events, and some competitive event cross overs. 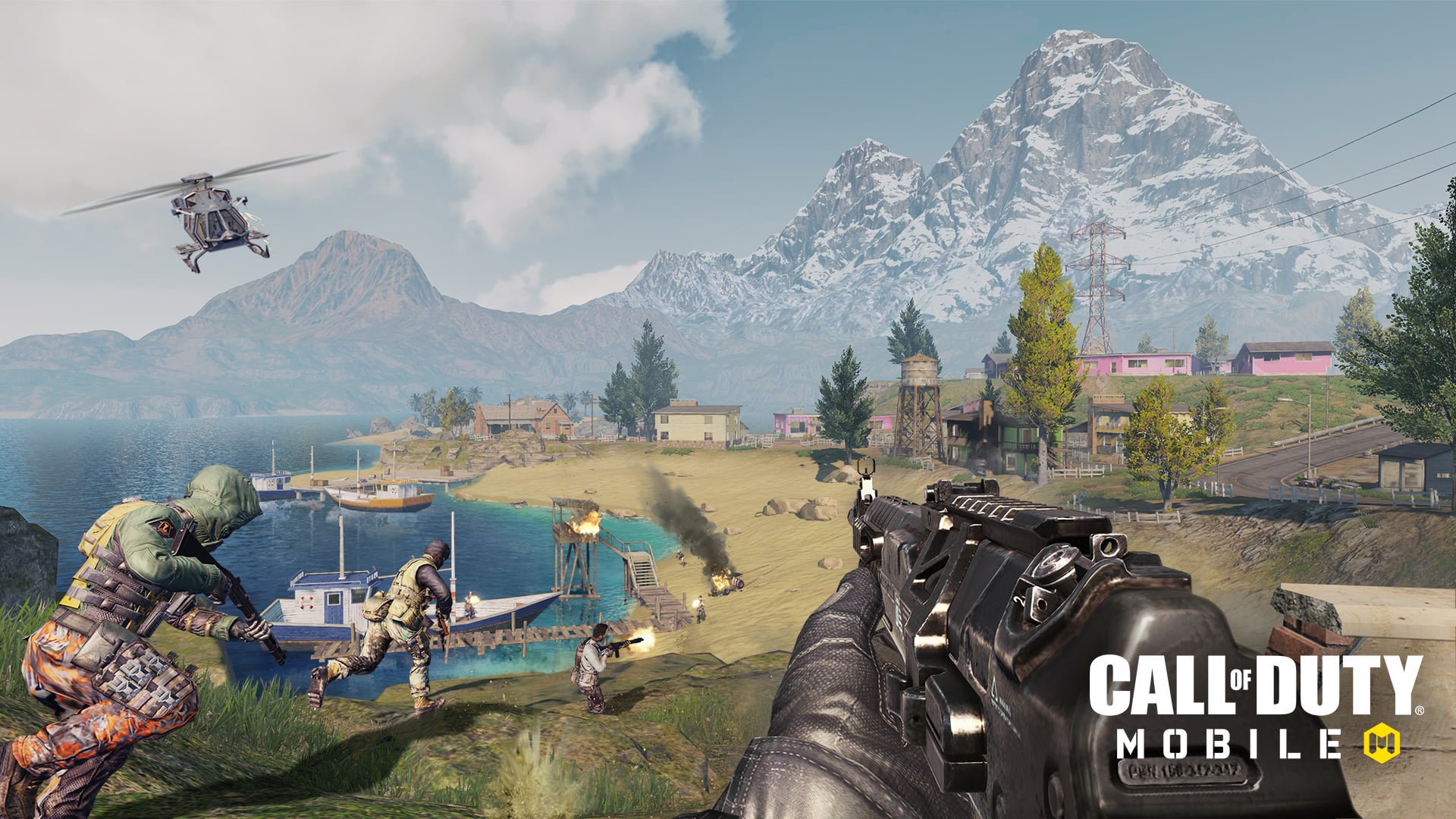 Speaking of which, time to talk about how that affects the Call of Duty: Mobile World Championship 2021! As we mentioned before

, we’ve made many changes to this massive and comprehensive event to open the event to many corners of the Call of Duty: Mobile community. This event and our Esports overall are meant to be global, just like all of you.

With that in mind, on top of the new regions being added this year there will also be a China Qualifier where the best teams in China can advance to the global stage! As we advance into the later stages we will see final competitors emerging from this region, from Garena, and the North America, Europe, Latin America, Japan, and South Asia & the Middle East. All in all, it will make the tournaments feel truly worldwide and of course present some amazing competitive matches that we can’t wait to see.

New Functional Weapon – Holger 26
The latest and greatest weapon to come to Call of Duty: Mobile is the Holger 26 light machine gun! This is an exciting addition not only because it is a fan-favorite brought over from Call of Duty: Modern Warfare, but it is also the first new LMG in 2021! Additionally, it is one of the most adaptable weapons in the game thanks to Gunsmith. Check it out in action:

You can snag this one through the new Holger Strike Seasonal Challenge, which is a six-part challenge focused around on dominating some matches with LMGs and assault rifles. The Holger 26 can take the form of an assault rifle, LMG, or SMG, and this challenge asks you to be just as adaptable by utilizing these different weapon types. If you complete all of those you can earn around 14,000 Battle Pass XP on top of this brand-new weapon. However, this isn’t the only way you can snag the Holger 26 right now…

Dark Gunman Mythic Drop
Step into the Dark Frontier and answer the call of the Kreugar – Black Hat, one of the toughest outlaws you’ll encounter this season. This new Mythic Drop features that dark and epic operator on top of a series of Lost Gothic unique camos for the Sickle, SPR-208, Tripmine, Truck, and more! However, it also features one of our favorite weapon designs ever, the Holger 26 – Dark Frontier. 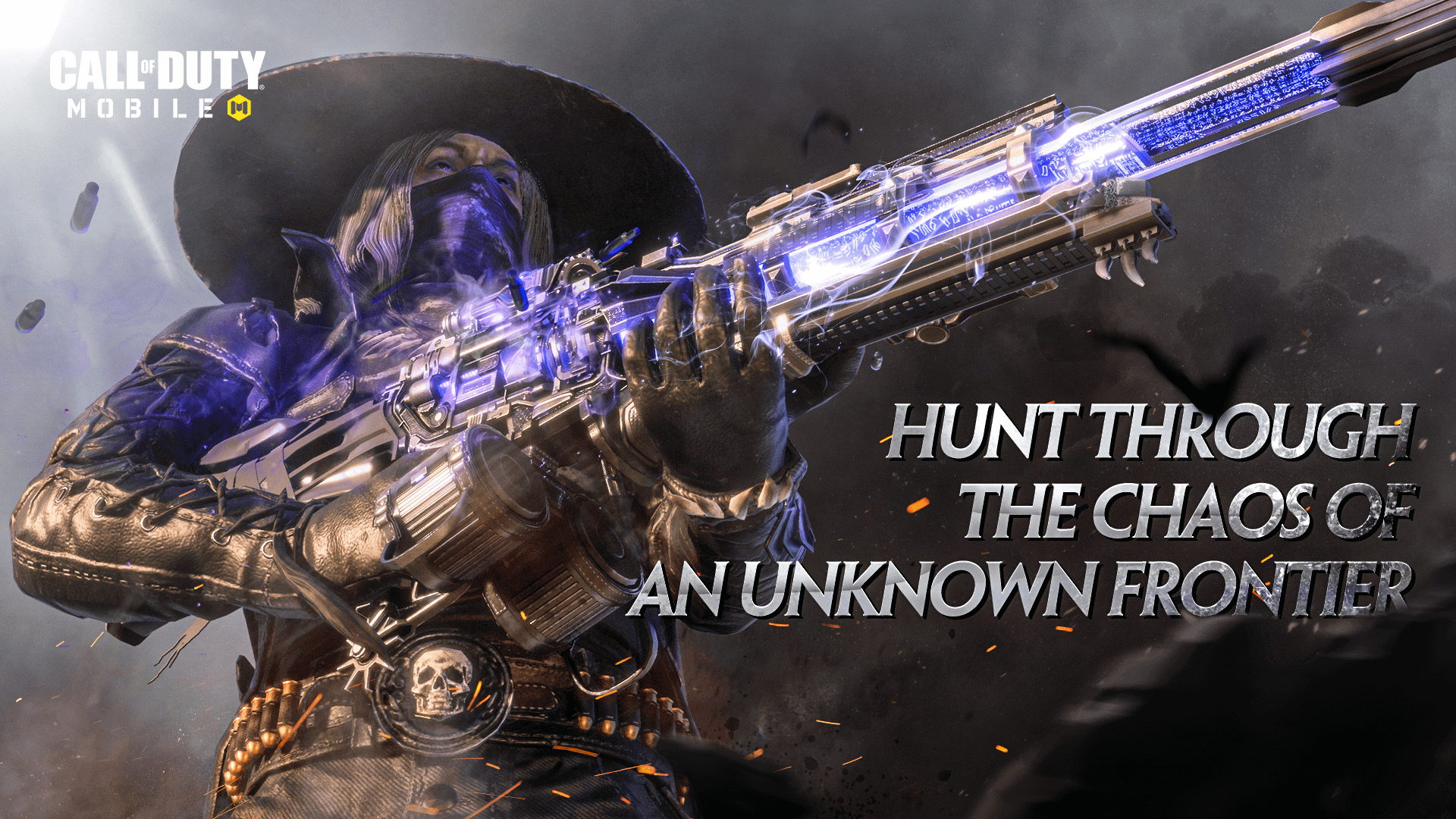 This gothic and imperial new weapon has dark electricity coursing through its core. Like the base Holger 26, it can be adapted to many different sizes and situations. It comes with stylish and slick custom attachments, charms, death effects, and more. Like other Mythic weapons, it aims to impress with a huge variety of customization options that make it stand-out and feel truly outstanding. 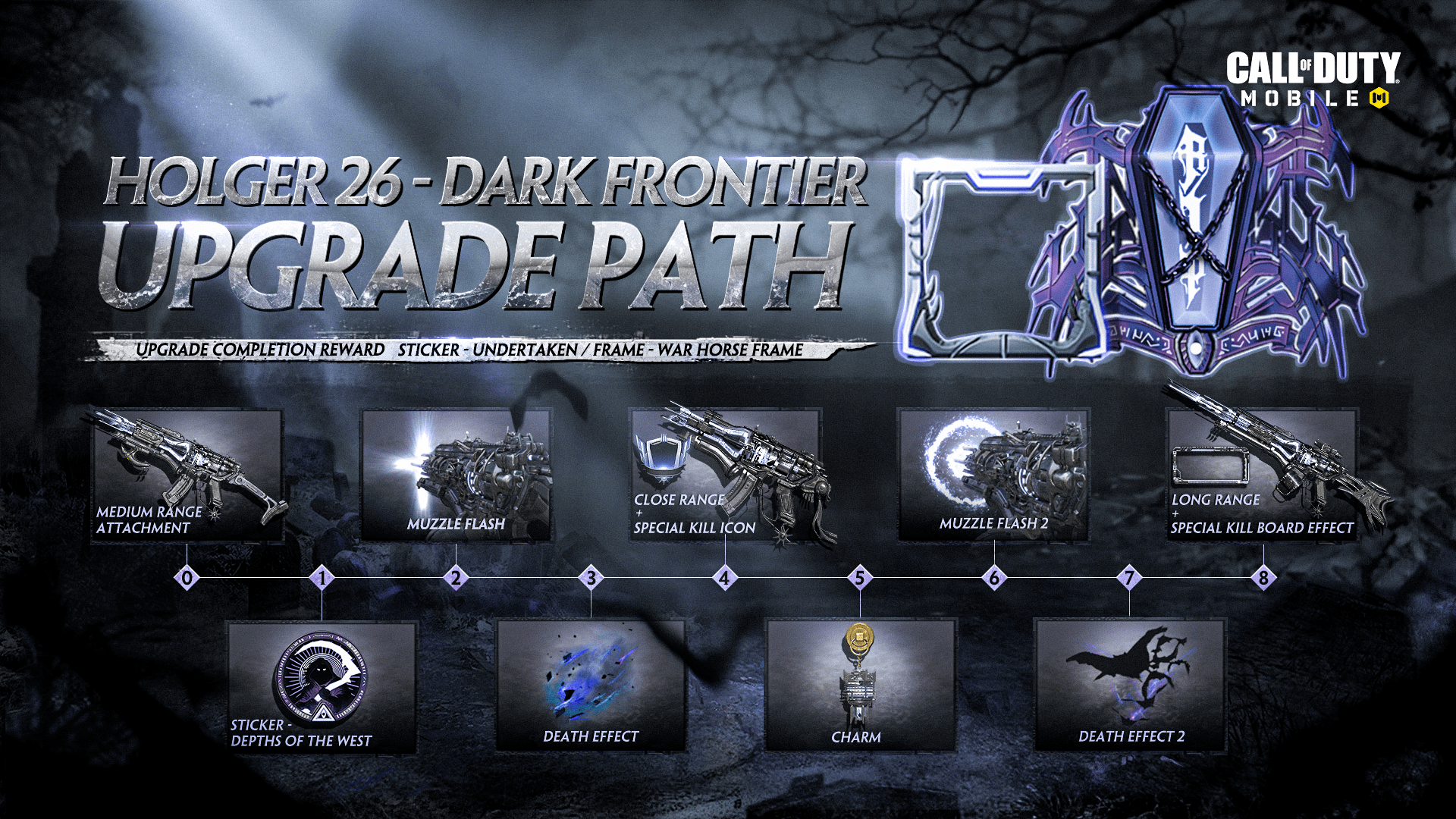 Like all of our weapon blueprints, this isn’t meant to tip your hand and give you something more powerful than anyone else. Instead, it is meant to show you what our talented designers can do if they try to make a single weapon as unique, customizable, thematic, and high quality as possible. See it in action below and head in-game to check out the Dark Gunman Mythic Drop!

Feedback
Just for reference, last week we talked over a few bugs we were tracking and working on and account security. Please find that information in the previous update, but for today we have some new bugs, some more feedback, and plenty of information on each. Let’s start with feedback!

Bug Reports
Most of the bug reports we are investigating this week are seemingly low-key issues that are only being experienced by a handful of players (thankfully), but we do have plenty of others being worked on or with scheduled fixes to come later, like Alex – Bounty Hunter not having VO, weapon misalignment issues, collision issues with doors in BR, and a few others we’ve mentioned in previous updates. Here are the latest:

Also Read: Call of Duty Mobile Season 4: How to unlock the Sickle Melee Weapon in CODM?