COD Mobile July 16th Latest Community Update. Greetings Call of Duty: Mobile Community! We may have just released a new public test build only two days ago but we are back with your regularly scheduled community update. We were planning to re-highlight the test build here to encourage participation, but you wonderful people filled up our 30,000 registration slots in just 24 hours! Thank you for the interest and for all of the wonderfully positive threads, posts, and replies about the content in that build.

We do have some Season 6 content already being shared and with more coming soon. In case you didn’t see it, here is the first asset we’ve released related to that:

We saw the thousands of comments filled with excitement and interest in response to that video, and we are right there with you! We are incredibly eager to share more with you. The good news is that more is coming and soon. Anyways we’ll have more on that in a later update but for today we still have plenty to go over for the latest events of Season 5: In Deep Water. Let’s dive in!

COD Mobile Latest Community Update – Here is a quick look at all of the newest events and others launching throughout the week:

One piece of content out this week is Battle Royale’s Alcatraz map! The always cycling map is generally available once or twice each season for a short period of time and for Season 5 it is only going to be available for just this one week until July 22nd UTC.

While you are jumping into that unique Battle Royale experience make sure to check out the Surviving Alcatraz featured event to snag some extra rewards by completing related tasks. Now, let’s move onto the most recently released event this week with an all-new map and mode!

Aniyah Incursion & Ground Missions
Another new map has come over Call of Duty: Modern Warfare 2019; Aniyah Incursion features a larger than normal map meant for far more players than the usual 5v5 match in Multiplayer. The map features a large and explorable palace at the center that has multiple floors, crumbling rooms, and many close-range corridors. However, there is also the surrounding palace grounds, which consists of open streets, small buildings, courtyards, and gardens. Take a glimpse at the map below:

Launching alongside Aniyah Incursion is Ground Missions, a MP mode designed for bigger maps like this. Ground Missions is basically Domination but bigger! It is 10v10 Domination with 5 different capture points and a higher-than-normal score limit. Games are longer, more chaotic, and more action packed with constant combat occurring all over the map. 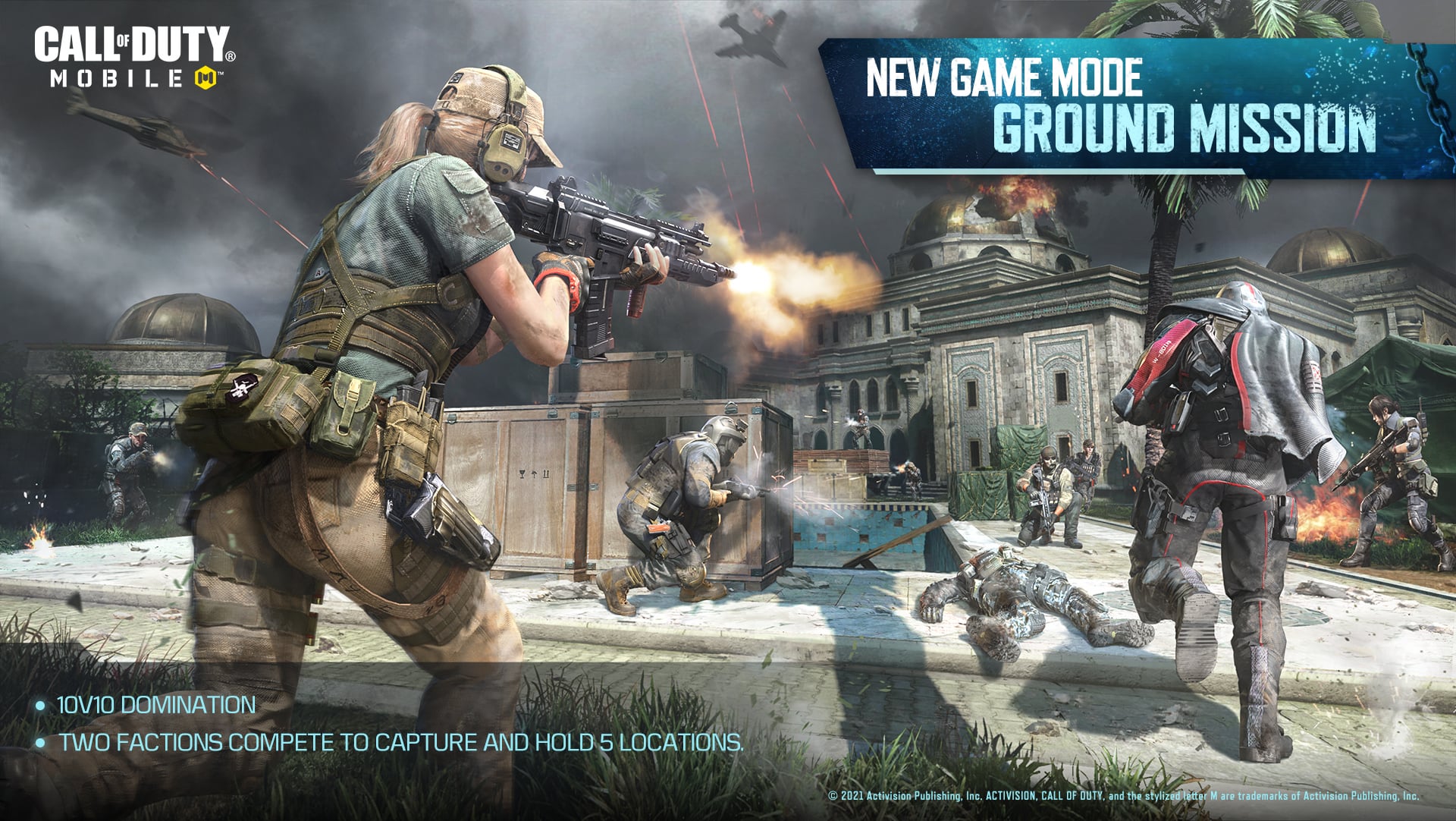 In addition to Ground Missions you can also jump into some good ole fashioned 10v10 TDM in the Aniyah Incursion 24/7 playlist! When playing either mode make sure to check back into the Featured Event section to see what you need to do to earn some rewards from the Royal Takedown event. This is all live now and until July 22nd (UTC). Check out the new map and mode and let us know what you think!

Ghost – Retribution
Rising from the depths of Season 5: In Deep Water is the long awaited and legendary Ghost – Retribution! The fan favorite Ghost returned from the dead earlier this season in the comics (found in-game by the Battle Pass) and as of yesterday we have our first ever Legendary variant of Ghost. He comes with his faithful dog, Riley, in tow and ready to help him take revenge against those who are going to wish he stayed dead. 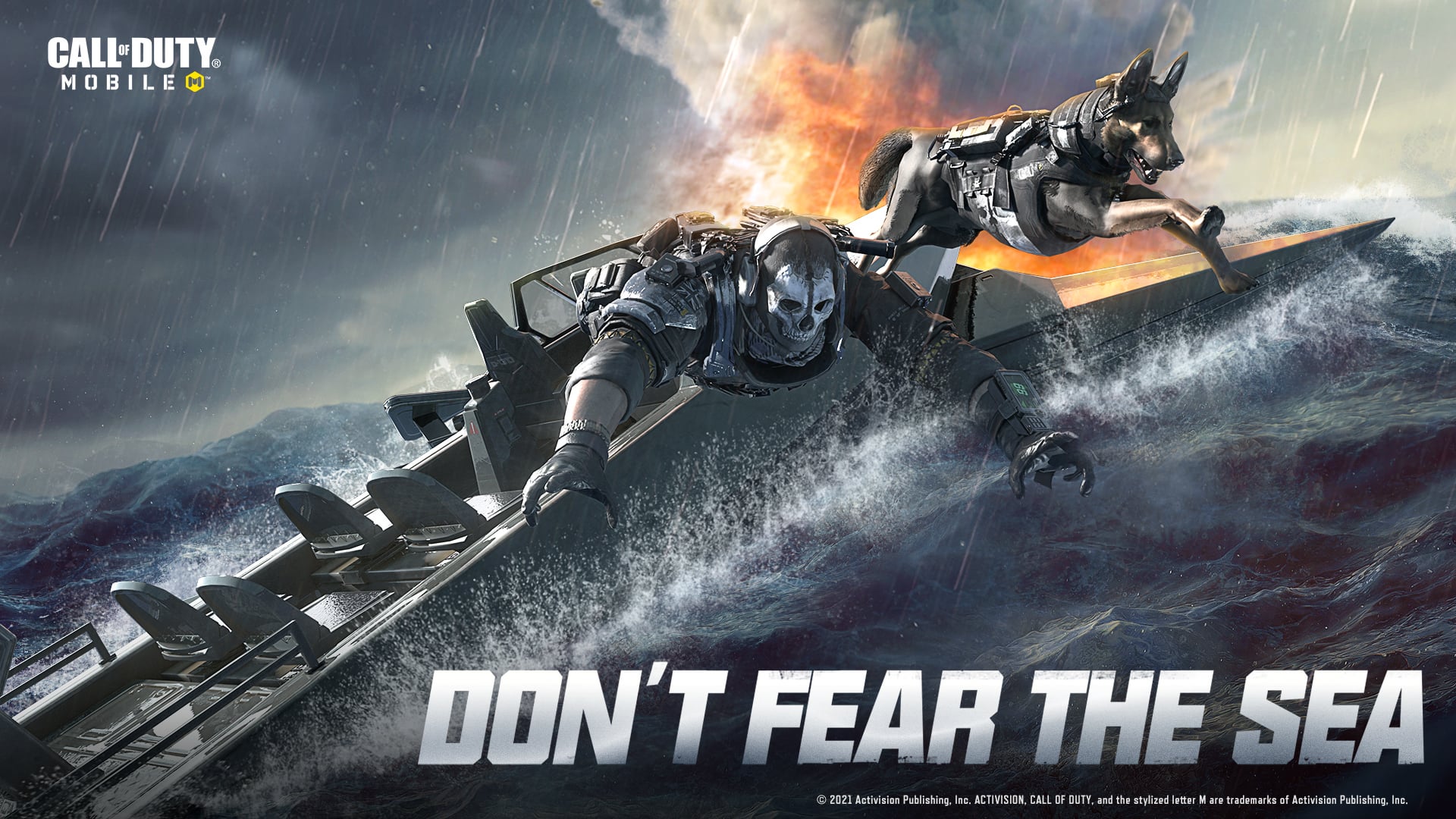 Like the two other legendary operators who came before him, Ghost – Retribution comes equipped with a variety of unique cosmetics! For the first time for a legendary operator, many of these cosmetics are based in Battle Royale instead of Multiplayer. Here are the details: 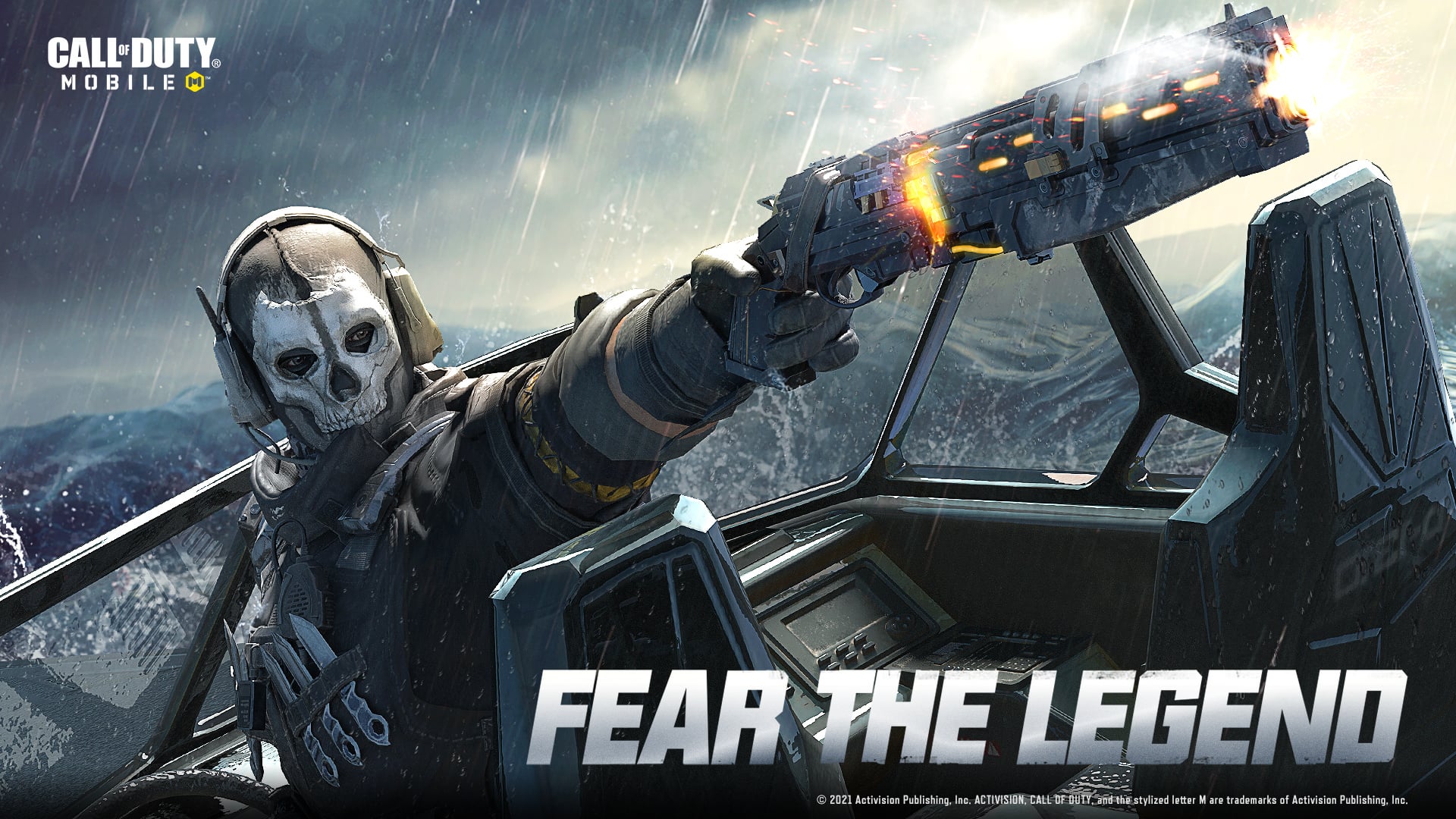 Of course, Ghost – Retribution isn’t the only thing to acquire as a part of this and you have the whole Omnipotent Draw! The draw has the first-ever legendary Shorty, the brand-new weapon that also just released in the Seasonal Challenge Sawed Off Shenanigans (details in the next section). This weapon fires fiery rounds that instill fear and incinerate your enemies. See Ghost in action below:

Lastly, the draw is not just all about Ghost and that legendary Shorty – Last Chance. The Omnipotent Draw contains many other items themed and styled to Ghost, like a sleek and black tank camo in BR, the M4 – Vengeance, Emote – Put on a Show, and more. Get a glimpse of some of those items below and check it all out in-game now! 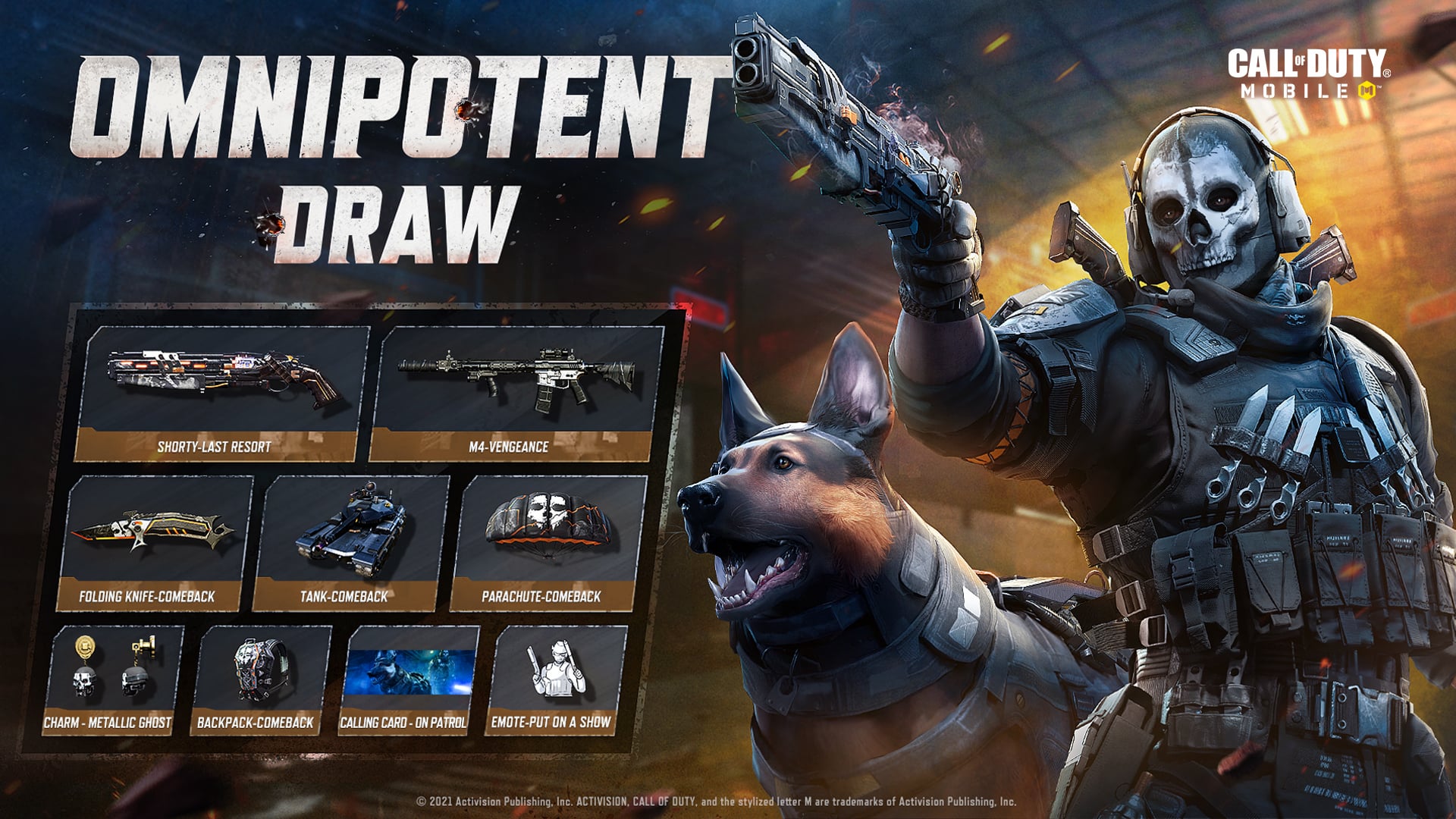 New Seasonal Challenges
This week the long sought-after Sawed Off Shenanigans Seasonal Challenge is now live in-game! You might have guessed the reward from the name…but completing this Seasonal Challenge will give you the newest shotgun to Call of Duty: Mobile the Shorty – a small but mighty shotgun perfect for all you fast paced players who love run-and-gunning but also perfectly capable for those playing more tactical in BR. However, there are also two other challenges available this week. Find all of the info below! 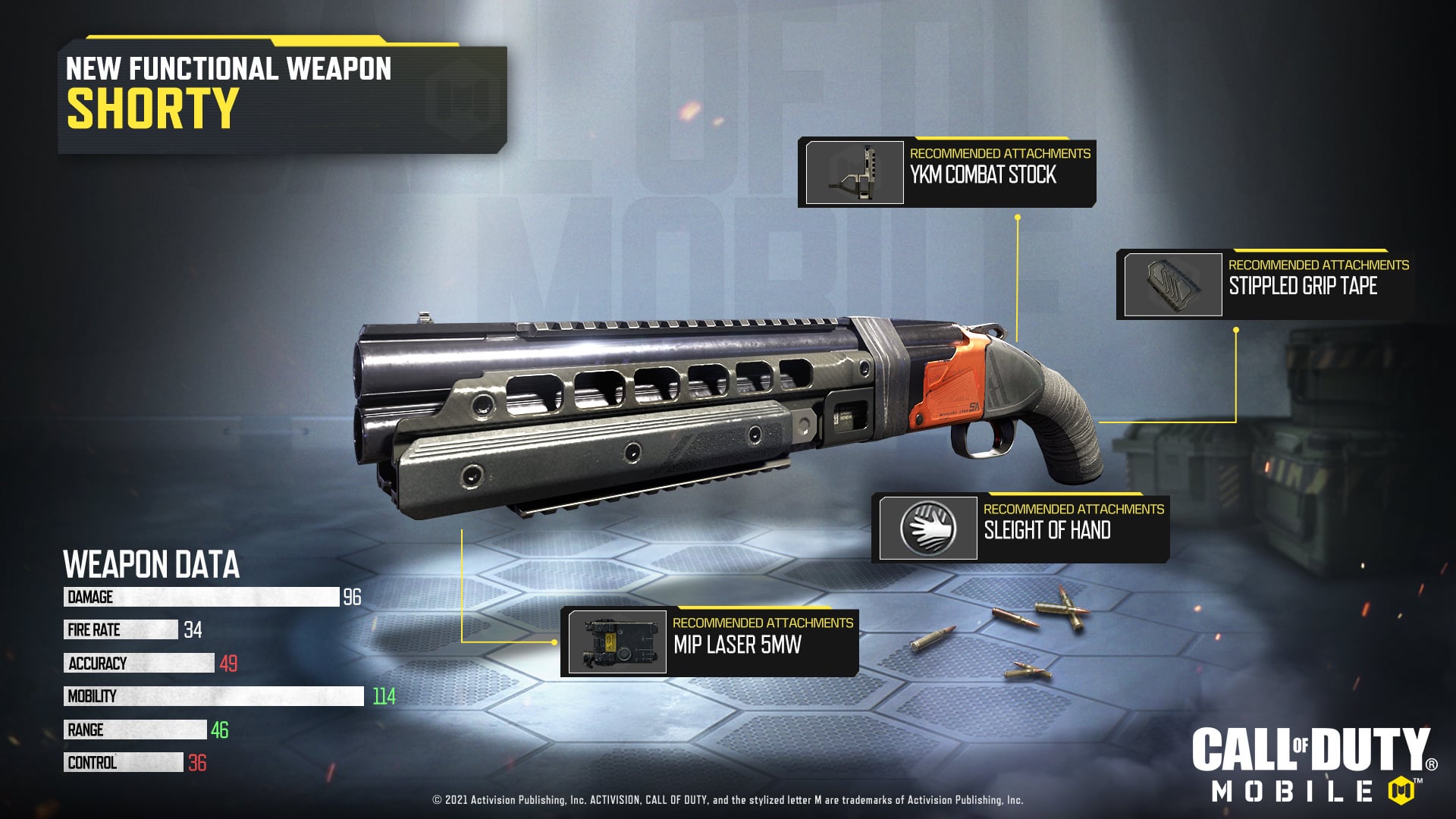 Board of Honor
This seven-part seasonal challenge is all about Battle Royale as well! Complete matches, get kills with specific types of weapons, and win Ranked matches to complete all of the tasks. By doing so you can walk away with 19,000 Battle Pass XP and the following rewards:

Rifle Ace
This seven-part seasonal challenge is your first and only chance to grab an Epic weapon blueprint on top of a variety of other rewards! You’ll need to play MP matches, get kills with assault rifles, use specific loadouts, and have the new CR-56 AMAX available to use. If you manage to do all of that you’ll snag 19,000 Battle XP and the following rewards: 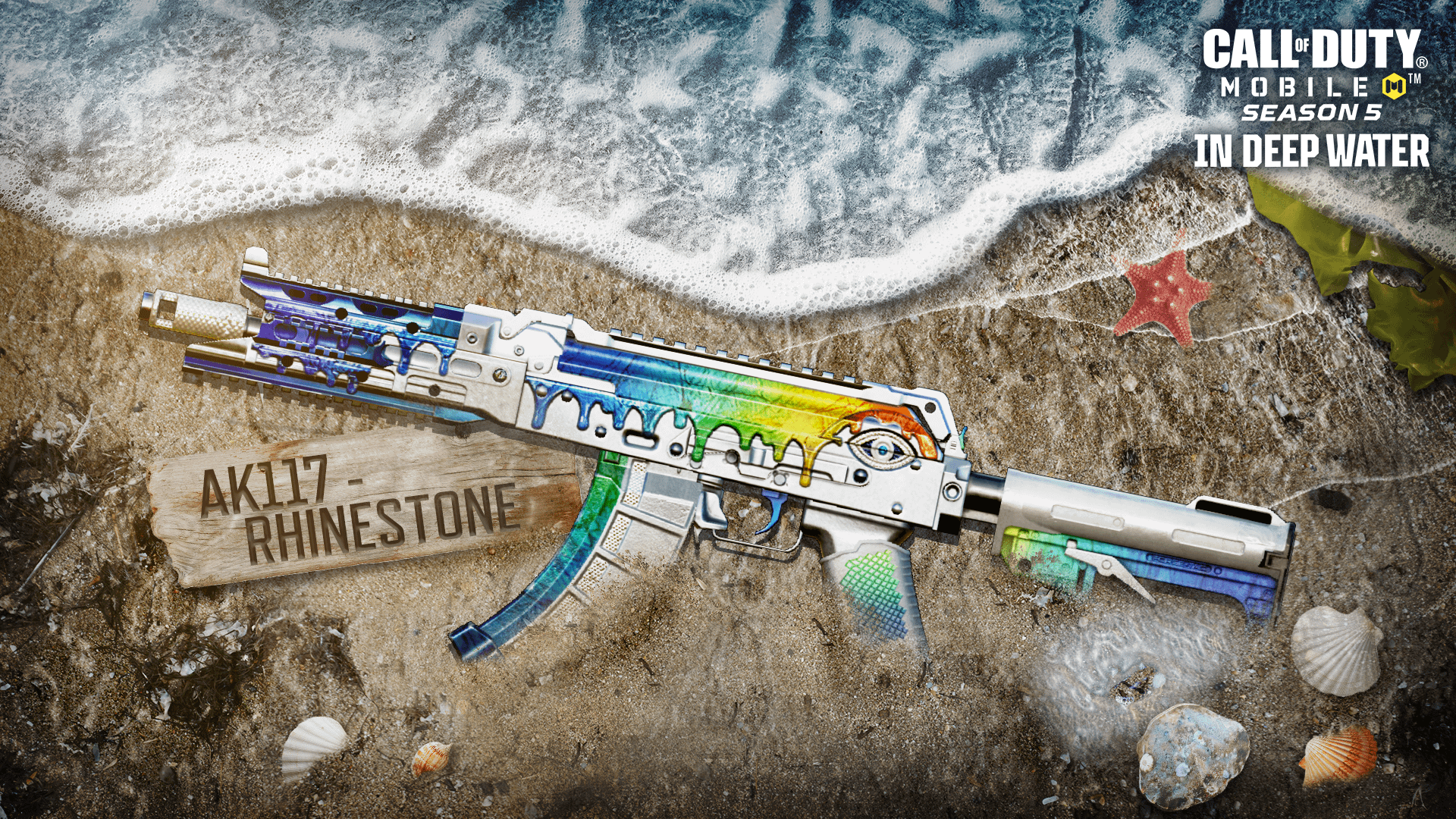 Credit Store Update
We may be halfway through the season but that doesn’t mean the credit store updates have ceased! Another one has arrived this week and with it comes a variety of different items. You can find these all in-game now but here is the full list: 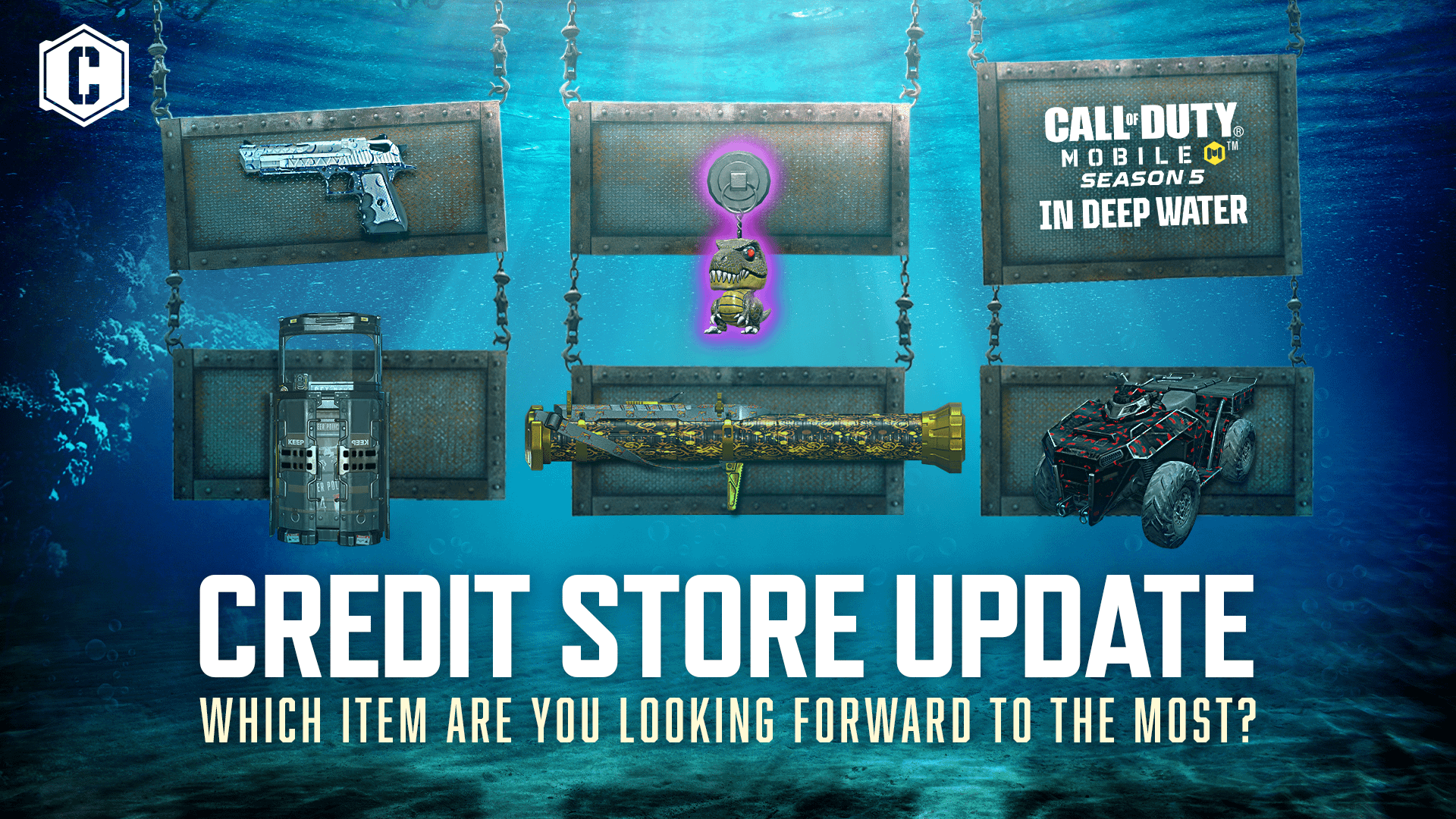 Feedback
We’ve seen a variety of feedback come over the last week and most of it is actually addressed in our public test build that is going on right now. Many of these will be called out directly in the upcoming patch notes for Season 6, but in advance here are a few topics we’d like to address:

Bug Reports
This past week we’ve haven’t seen any new bugs sent up outside of an issue with a certain Clan Wars node being mis-matched for Summer Showdown, but last week we reported over a dozen issues we are currently investigating, need help looking into still, or already have fixes planned. Head on over to the previous community update for that full list!

Support Options
We still regularly reach out to community areas for info on issues or feedback, but don’t hesitate to reach out to our support channels as well if you ever need help, especially with anything specific to your account, like purchasing issues or account issues.

Genshin Impact Lunar Leviathan Event: All About Moonfin Fish, How to Catch it to Get the Rewards, Check Details