Copa America 2021 ARG vs PAR Result -Argentina beat Paraguay 1-0: Lionel Messi-led Argentina confirmed a place in the Copa America quarterfinals with a game to spare, courtesy of Alejandro Gomez’s 10th-minute goal against Paraguay on Tuesday. Messi played the full match, while his new Barcelona teammate Sergio Aguero was subbed off after 60-minutes in the narrow 1-0 win.

Argentian stuck to their attacking strategy from the Uruguay match. They started the game with an attacking lineup designed for high pressing to cause problems with their movement.

Aguero had the first chance but missed it. Then Messi, Di Maria and Gomez combined to score the lone goal of the game. 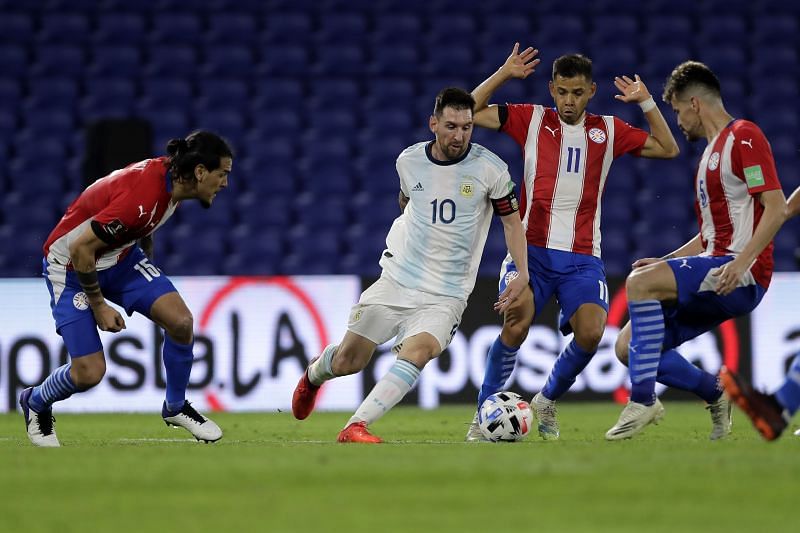 After getting the opening goal, the Argentinians retreated to stay solid at the back, similar to the Uruguay match. The park the bus strategy worked as Argentina had almost scored their second goal. Right before halftime, Paraguay’s Junior Alonso scored an own goal but was disallowed for a Messi offside.

Paraguay started the second half with plenty of intensity, but their lack of quality passes and Emi Martinez never truly troubled Argentina.

Copa America 2021 ARG vs PAR Result -Argentina beat Paraguay 1-0: The Albiceleste was slow and lacked the finishing touch in the counterattack in the second half, and Messi had the only two shots on target for them.

The final whistle came to end a routine win for Argentina, who could have played much better but got all three points which was the goal coming into the game, especially with all the rotations made by Lionel Scaloni.

Argentina now have a full week to rest, and are back in action for the group stage finale next Monday against Bolivia needing only a point to finish in the top two — and avoid Brazil in the quarterfinals.