Defensive Player Ladder The Pacers’ center- Myes Turner rises in this week’s ranking as he explains why he thinks he should win the award.

These Defensive Player rankings have become as much a soapbox as a Ladder, given the impassioned self-promotion that has gone on here for the NBA’s 2020-21 Defensive Player of the Year Award.

He now joins four other possible candidates in raising a hand for recognition at the less statistically dissectible art/grind of defense.

To this point, Philadelphia guard Ben Simmons has been the most vocal, stating in multiple interviews and even off-hand moments why he believes he is the league’s best defensive player. He even has explained why, in his view, Utah center Rudy Gobert doesn’t quite measure up at 7-foot-1. It’s the versatility that Simmons takes pride in, his all-over-the-floor abilities to mess with opponents and their teams’ offenses.

Sixers teammate Joel Embiid was early in staking out his ambitions to be crowned DPOY this season, as well as NBA MVP. That’s something Milwaukee’s Giannis Antetokounmpo pulled off last season, with Michael Jordan and Hakeem Olajuwon as the only others to win both in the same season. That was all before Embiid suffered a knee injury to push his total of missed games to 15 and counting.

More recently, Golden State’s Draymond Green got carried away with absolutes, proclaiming himself possibly the NBA’s best defensive player ever. That triggered a rush of counter-arguments on behalf of Bill Russell, Ben Wallace, Dennis Rodman and a host of others, with the bravado potentially working against Green’s candidacy for the award.

Now we have Turner, the Pacers center who has been doing league-leading and career-best work in the heart of coach Nate Bjorkgren’s defense. He leads the league in both blocked shots (144) and blocks per game (3.5), while chipping in 1.1 steals per 36 minutes that also is the most in his six NBA seasons.

Turner spoke up for himself after Indiana won at Dallas Friday. Back on familiar turf in Texas, the 6-foot-11 center swatted seven shots and help hold the Mavericks to 41% shooting, 22.9 from the arc, and just 94 points.

“I have the highest impact defensively in the league,” Turner said on-air postgame. “When I’m out there, things change a lot. When I’m not, it’s obvious.”

Myles Turner after Pacers beat Mavs: “I have the highest impact defensively in the league. When I’m out there, things change a lot. When I’m not, it’s obvious. … I don’t have to score to impact the game. I know where I leave my mark.” #AlwaysGame #Pacers pic.twitter.com/YAwB8US4CW

The DPOY is an individual award but as noted herein previous Ladders, elite defense is a team endeavor. Somebody like two-time winner Gobert anchors everything the Jazz do at that end of the floor, which explains their success and his continued presence on the top rung here.

But Gobert knows he needs help, both in what he has (Royce O’Neale, Mike Conley, Derrick Favors) and in what he could have.

As in, Donovan Mitchell. In praising Mitchell after a recent spate of games in which he did strong work as a two-way player, Gobert pushed for more. “I try to stay on his ass about defense, and the last four games, he’s been defending at a high level,” Utah’s center said.

“We need him to be a dominant defensive player for us to go where we want to go.” Mitchell has some work to do: His net rating (-4.7) is worst among Jazz starters, and their defense gives up 110.2 points per 100 possessions when he’s on the floor vs. 99.4 when he’s off.

It wasn’t just the Dallas game, obviously. In Turner’s five most recent performances, he has blocked 24 shots and helped Indiana go 4-1.

third game of the season with 7+ blocks for @Original_Turner 😤

In the one game in which he didn’t play, at Milwaukee last week, the Bucks torched Pacers for 140 points, shot 56% overall, and made 24-of-39 3-pointers – without using Giannis Antetokounmpo.

Things kind of unraveled defensively, which is what happens when the anchor is missing

The Sixers’ stretch of games while center Joel Embiid recovers from his bruised left knee has put more pressure on teammates left to cover in his absence.

Taking a DPOY candidate out of the lineup even complicates things for the team’s other DPOY candidate. Simmons still ranks high in many defensive categories, such as deflections (3.7, T3rd) and loose balls recovered (1.3, T3rd).

He’ll take care of this one himself. 😤 pic.twitter.com/SByHx34YOL

But whereas Embiid has been a clear defensive plus when he’s on the floor for Philly – 105.9 points per 100 possessions with him, 106.6 without him – Simmons’ numbers are upside down (yes, in part because he draws the toughest individual assignments): 107.0 vs. 105.3.

As far as a team defense, the Sixers are hopeful that the acquisition of veteran guard George Hill will alleviate some of the either/or decisions about the offense (Seth Curry) or defense (Matisse Thybulle) at pivotal times in the backcourt.

The Pacers are worse at both ends when their backup point guard is sitting down. He continues to lead the league in steals (77), steals per game (1.8), deflections (3.9) and loose balls recovered (1.4), all while playing barely half of each game (25.2 minutes).

Turner and McConnell are the long and short of Indiana’s defense, on track to become the first pair of teammates to lead the NBA in blocks and steals since Theo Ratliff and Allen Iverson did it in 2001 (that Sixers team went to The Finals).

No secret formula from his half of the equation. “The defensive end is just about effort,” the 6-foot-1 guard said recently. “That’s truly what it comes down to, and that’s something I can control.”

Antetokounmpo had lots of defensive help last season and even more this season with Jrue Holiday, P.J. Tucker, and Bobby Portis coming in to make up for Eric Bledsoe’s and George Hill’s departures.

The lineups have been in flux and Milwaukee coach Mike Budenholzer has added switching to mix up what previously had been straight man-to-man and strict adherence to drop coverage. 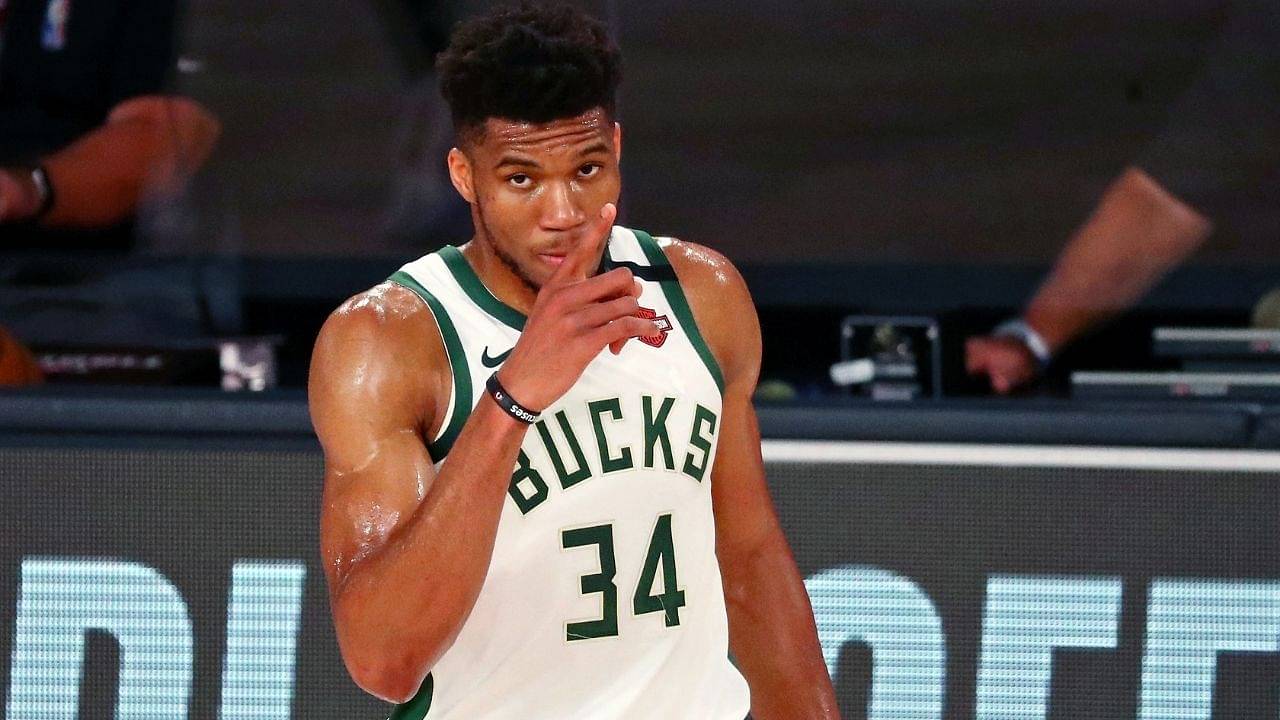 There have been some growing pains but the adjustments should serve the Bucks better in the postseason than what happened in 2019 and 2020. Meanwhile, Antetokounmpo is the cornerstone inside and out.

He even averages more steals (1.2) and blocks (1.3) this year than he did in winning DPOY last year, and he’s one of only 11 players holding opposing shooters at least 5 percentage points below their usual averages.

How will Andre Drummond rescue the LA Lakers from having a poor season?

Defensive Player Ladder: The Next Five

(In no particular order)