FIFA World Cup Qualifiers: Germany vs Iceland: Germany defeated Iceland 3-0 as Goretzka, Havertz, and Gundogan all got their names on the scoresheet.

It was Germany’s first game in 2021 and first under Joachim Löw since his announcement that he would be stepping down from his role as head coach following this summer’s Euros. His side showed they want to send the World Cup-winning coach out in style with two goals in the opening seven minutes.

The first was created right from the Allianz Arena, as Joshua Kimmich chipped a ball in behind the Iceland defence for Serge Gnabry, who played it back for Goretzka to fire home inside three minutes.

Germany vs Iceland: Four minutes later and the lead was doubled when Kimmich played Leroy Sane in down the left and his cut-back was slotted away across goal by Kai Havertz. 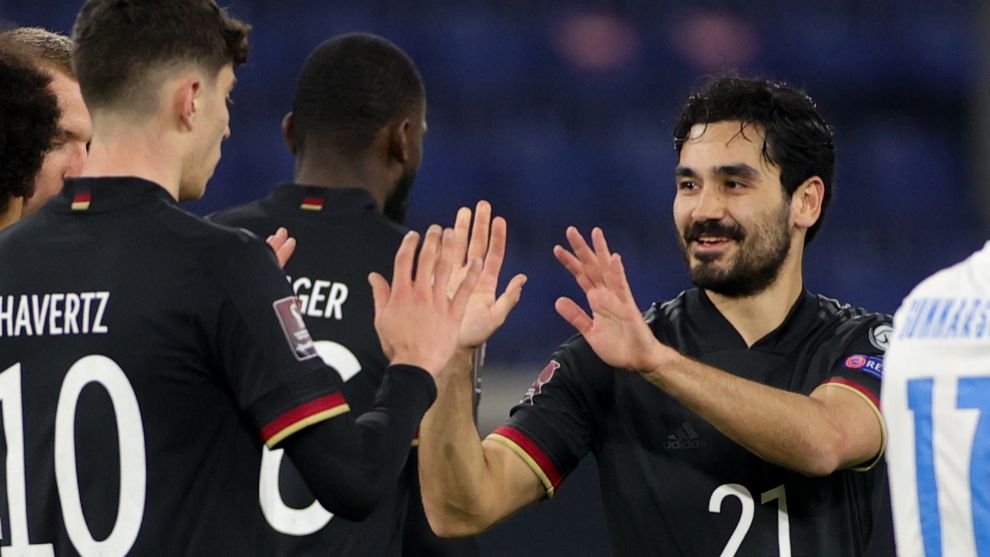 It was an outstanding start which continued throughout a first half dominated by Germany. Goretzka headed wide at the near post while Havertz shot past the post as chances continued to come, while Iceland had their first and the only effort on goal of the opening period with 25 minutes played as Runar Sigurjonsson had a shot blocked wide off Antonio Rüdiger.

The Chelsea defender had a big chance to make it three before the break but headed wide from Kimmich’s cross.

The Germans will now face Romania on the 29th of March.