FIFA World Cup Qualifiers: Uruguay ensure that all players will be available for qualifiers- Uruguay has issued airline tickets to their European-based players and expect those selected to fly home and take part in next month’s triple-header of World Cup qualifiers, the president of the national association said on Wednesday.

Many of the top Uruguayans – Edinson Cavani and Luis Suarez among them – play in Europe but some European leagues are threatening not to release the players because they must quarantine after returning from South America.

“The tripleheader will be played, we are going to bring our players, they have to come,” Ignacio Alonso told Uruguayan radio show 100% Deporte de Uruguay.

“It’s nonsensical to play (qualifiers) in the rest of the world except South America. It seems like a whim, a campaign.”

The standoff developed after soccer’s world governing body FIFA announced that games postponed in March this year would be played in the upcoming international breaks.

So far only six of the 18 rounds of South American qualifiers have taken place, with the Qatar World Cup 15 months away.

FIFA World Cup Qualifiers: Uruguay ensure that all players will be available for qualifiers 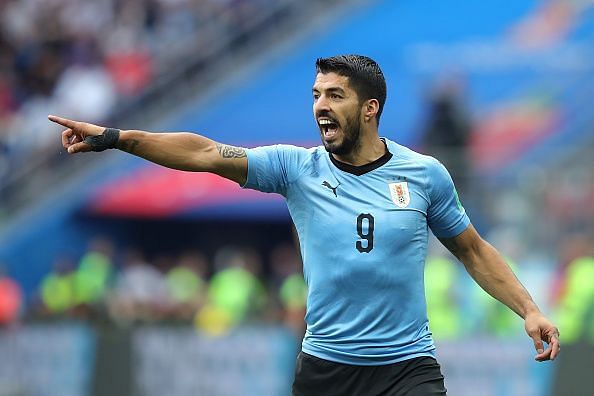 Leagues in Spain, Italy and England protested, with LaLiga saying it is considering precautionary legal action to protect its clubs and their players.
On Tuesday, FIFA president Gianni Infantino called on LaLiga and the English Premier League to “show solidarity” and “preserve and protect sporting integrity” after clubs from both leagues said they would not allow players to travel to South America.

Alonso said Uruguay would announce their squad soon and called on Infantino to resolve the problem and players’ union FIFPro to take a stance on behalf of its members.

“Yesterday we spoke with (coach Oscar) Tabarez and the clear thing is we are going to release the list with all the players on it,” he said. “The tickets have been bought so they start to arrive here at the weekend.

“I think a solution will be found. FIFA has to sort this out, Infantino has to sort it out like last year.”

FIFA World Cup Qualifiers: Alonso said if the triple-header does not take place then time will start to run out to play all their games before Qatar.

“Now we can create a problem with the triple-header but afterward there is no space in which to play them. It’ll get worse.”

Uruguay is away to Peru on Sept. 2 and then return home to face Bolivia and Ecuador on Sept 5 and 9.

They currently sit fourth in the 10-team qualifying table with the top four qualifying automatically for Qatar.

FIFA World Cup Qualifiers: Uruguay ensure that all players will be available for qualifiers

Premier League: Newcastle continue to look for 1st win after a draw with Watford