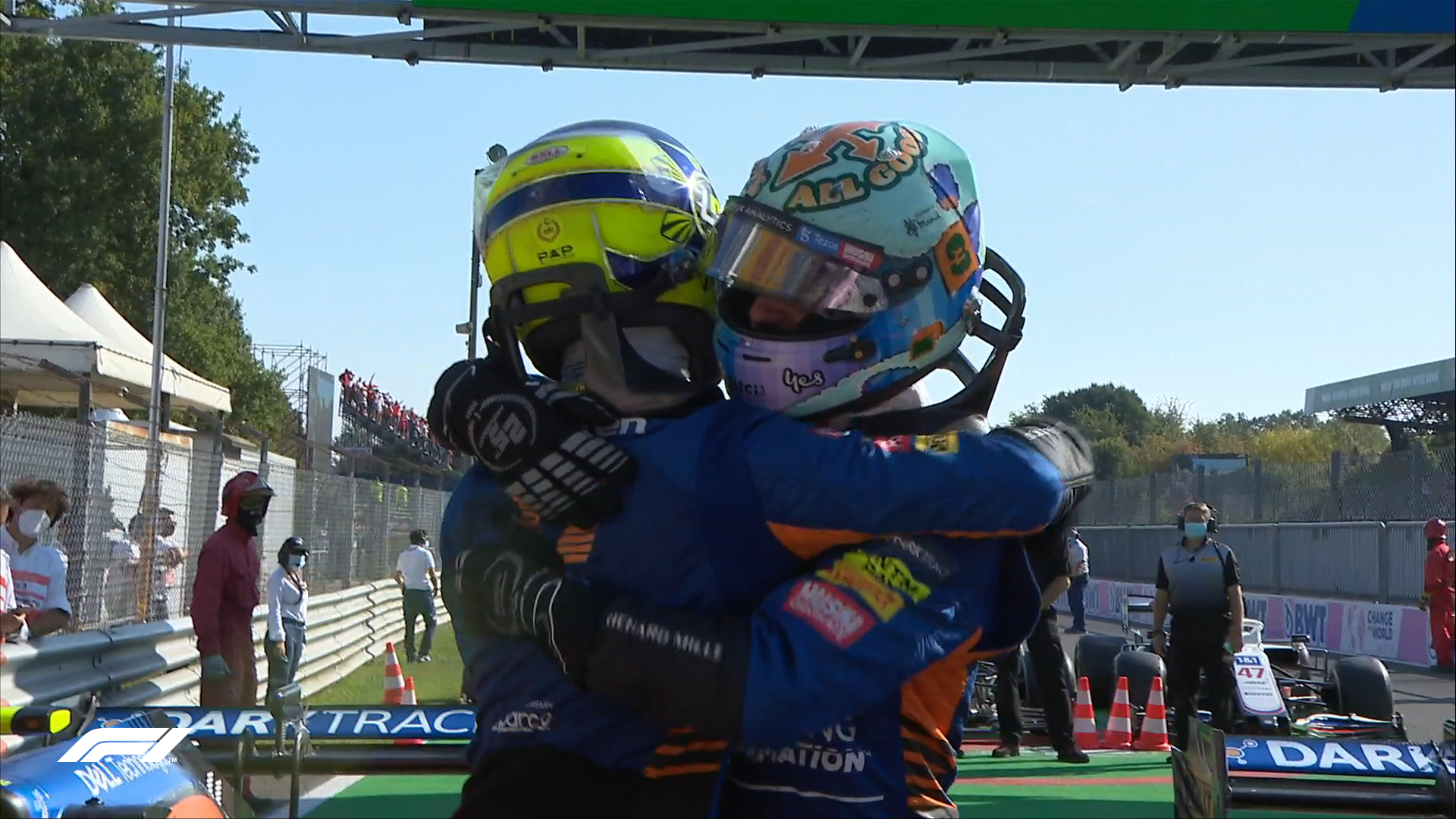 Formula 1 Italian GP: Hamilton was exiting the pits on Lap 26 of 53 when he arrived alongside Verstappen, the pair going side by side through the Variante del Rettifilo, but making contact, with Verstappen flying through the air and coming to rest on top of the Mercedes. Both drivers were unhurt, but out of the race, with the stewards set to investigate after the Grand Prix.

Ricciardo was a deserving winner, however, having passed Verstappen for the lead at the race start from P2 on the grid, before Verstappen and Hamilton’s clash cleared the way for him to control the race to sweep home to an eighth career victory. Lando Norris secured his best ever race finish with P2, having been told to hold station behind his team mate in the final moments of the Grand Prix.

Formula 1 Italian GP: Having started P19, Bottas claimed third, finishing fourth on the road behind Red Bull’s Sergio Perez, before Perez had a five-second penalty added to his time for passing Ferrari’s Charles Leclerc off the track. 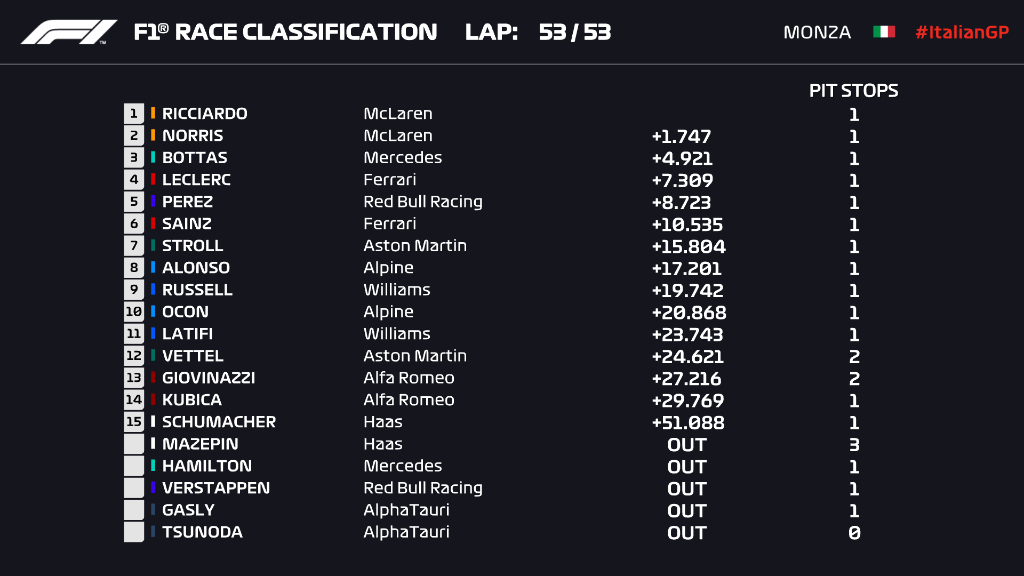 Perez would eventually be classified fifth behind Leclerc, while Carlos Sainz took sixth on his first-ever outing for Ferrari at Monza. Lance Stroll was seventh for Aston Martin – but under investigation for a yellow flag infraction – with Alpine’s Fernando Alonso eighth, ahead of the Williams of George Russell in ninth as the second Alpine of Esteban Ocon completed the top 10.

Formula 1 Italian GP: So, a huge moment for Ricciardo, Norris and McLaren – with Ricciardo also claiming a point for fastest lap on the final tour. But the ramifications of Hamilton and Verstappen’s crash are sure to be a major talking point this evening.

Lap 48: 5 laps to go and Ricciardo and Norris have settled in 1-2 for McLaren. Can Bottas move to 3rd place?

Lap 42: Norris is definitely faster than Ricciardo but as per team order, he can’t attack the Aussie. The rest of the field remains same.

Lap 36: Norris is faster than Ricciardo and is just 0.300 seconds behind.

Lap 26: Safety Car is on. Lewis Hamilton has his first DNF in 63 races.

Hamilton and Verstappen collide at Turn 2!

They are both out of the race #ItalianGP 🇮🇹 #F1 pic.twitter.com/6uuh7NhfZ4

Lap 26: Hamilton & Verstappen crash into each other, both out of race. Safety car is deployed.

Lap 21: 5 seconds time penalty for Ocon for a move on Vettel.

Lap 12: Ricciardo stays on top but Hamilton is getting closer on Norris. Bottas is cutting through the field and is up at 11.

Meanwhile further back, Hamilton’s team mate is on the charge 🚀

Bottas is past Latifi and up to P10 💪#ItalianGP 🇮🇹 #F1 pic.twitter.com/Z9r0uqzeHG

Lap 8: 5 seconds time penalty for Giovinazzi for unsafe release on the track. Ricciardo pulls ahead.

Lap 6: Verstappen closes in on Ricciardo.

Lap 1: Drama in 1st lap, Giovinazzi spins and loses his front wing and so does Robert Kubica.

@18:30: Hamilton to start on hard tyres while all others start on medium compound.

Bottas managed a podium finish in the Netherlands but had returned with three DNFs and two finishes out of the Top 10. His inconsistency has led Mercedes to just lead by 12 points. 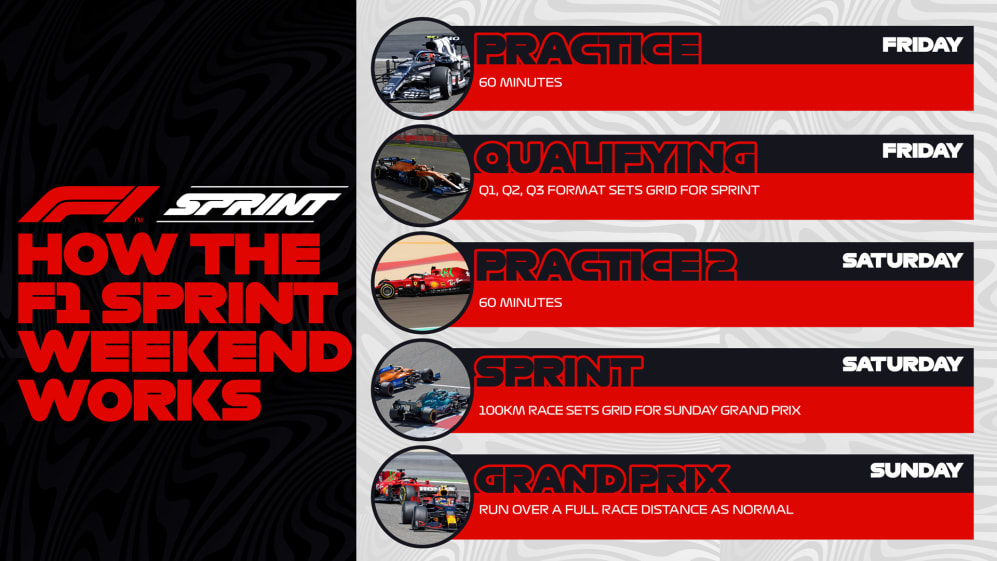 SATURDAY, SEPTEMBER 11 – FP2 AND SPRINT WEATHER
Conditions: Cloudy with a veil of high clouds in the morning. Mostly sunny in the afternoon. Dry all day long. Temperatures up to 29°C. Light wind.
Maximum temperature expected: 29 Celsius
Chance of rain: 0%

Where to watch live telecast of Formula 1 Italian GP?

Where to watch live stream of Formula 1 Italian GP?

You can live stream Formula 1 on Disney+ Hotstar with a premium subscription.

IPL 2021 Playoffs: Check how Mumbai Indians can qualify for IPL Playoffs and how KKR can be their biggest roadblock

IPL 2021 Playoffs: Check how Mumbai Indians can qualify for IPL...

IPL 2021 Playoffs: Check how Mumbai Indians can qualify for IPL...