LeBron James Injury: LA Lakers star LeBron James, who has been sidelined for over a month with a high-ankle sprain, may return to the court next week.

Anthony Davis also came after injury on a minutes restriction to play the 1st game of a 2-game miniseries between the Lakers and the Mavericks.

“You’ll see Anthony Davis still be on that 15-minute restriction in his second game back tonight, but that’ll start ramping up as we get closer to LeBron James’ return, which could be as soon as the following week,” Adrian Wojnarowski said.

Next week, the LA Lakers will stay on the road for matchups against the Orlando Magic and Washington Wizards before returning home for a three-game swing from Friday through Monday, May 3, against the Sacramento Kings, Toronto Raptors, and Denver Nuggets.

How did LeBron James get injured?

LeBron James suffered an ankle injury in the second quarter of the Lakers contest against the Hawks. He is out indefinitely.

He stayed in the game and knocked down a 3-pointer before heading to the locker room, but the team announced he will not return to the game. 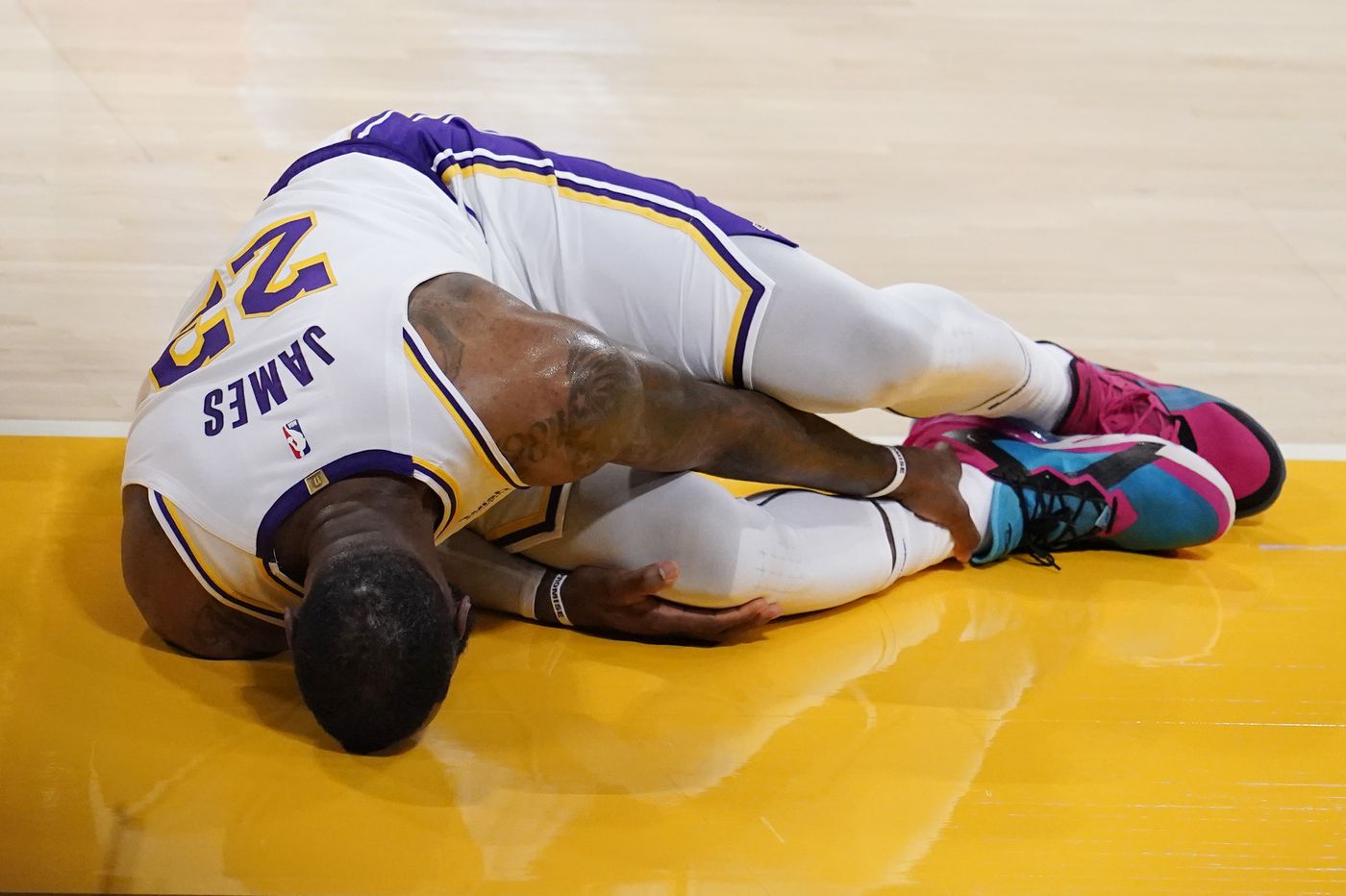 The All-Star forward suffered an ankle injury in the second quarter of Sunday’s contest against the Atlanta Hawks and the team announced he will not return to the game.

LeBron James is out for the remainder of the game with a right ankle injury.

Bron appears to turn his ankle, stays in the game and hits a three, then heads to the locker room pic.twitter.com/OdTrDW77o1

LeBron James stats: LeBron is enjoying an MVP-calibre season, averaging 25.8 points, 8.1 rebounds, and 8.0 assists per game, leading Los Angeles to the second-best record in the NBA despite missing his star counterpart for nearly half of the team’s games.

Even more impressively, at 36 years old, in Year 18, James has only missed one contest this season.