The duo of Sania and Ankita was seen at the Hyderabad Airport on Monday, the Sports Authority of India (SAI) confirmed. Earlier this month, Sania Mirza and Ankita Raina were confirmed to represent India in women’s doubles at the Tokyo 2020 after entries were officially announced.

Sania is now set to become the first female athlete to represent India at four Olympics when she features at the Tokyo 2020, slated to get underway from July 23 while Ankita Raina will be making her debut at the showpiece event. 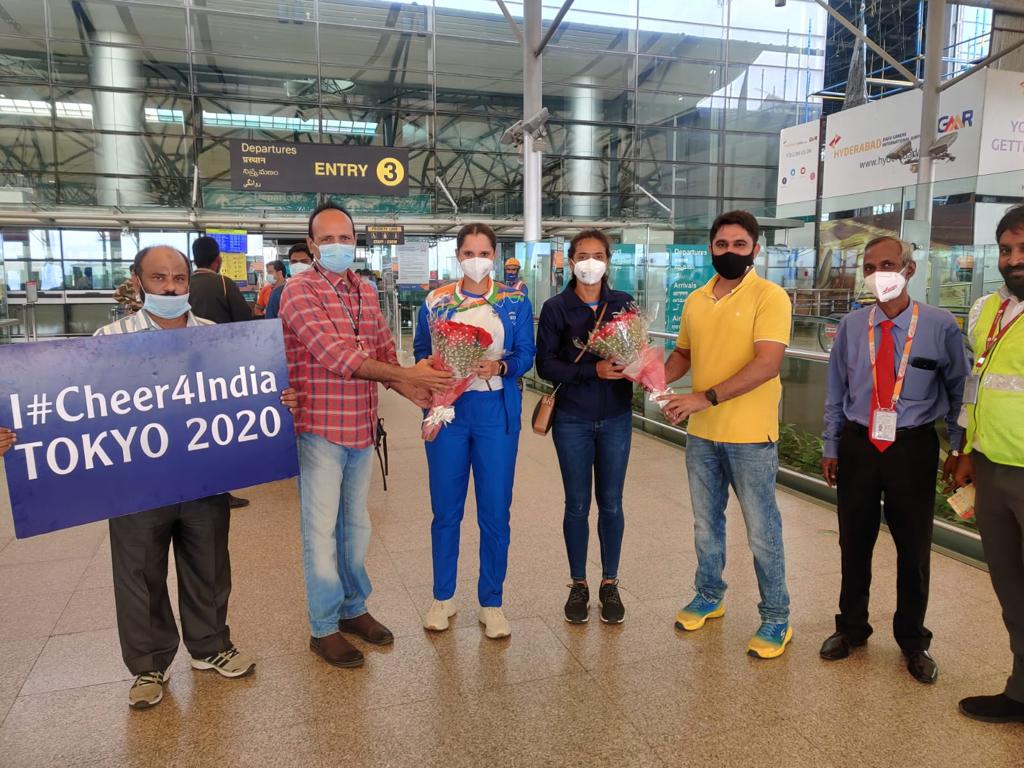 Indian ace tennis player Sumit Nagal has also qualified for the upcoming Tokyo Olympics on the basis of withdrawals in the men’s singles and will be joining the pair in Japan.

So far, the first batch of Indian athletes for the Tokyo Olympics has landed in the Japanese capital. The boxing team, led by the legendary MC Mary Kom, badminton ace PV Sindhu, archers Atanu Das and Deepika Kumari, along with the men’s and women’s Indian hockey teams, reached Tokyo on Sunday.

The remaining contingent, including wrestling and athletics teams, are expected to join them soon.
India at Tokyo Olympics – Tennis schedule

Tokyo Olympics Tennis Live Streaming details & all other details – All Tokyo Olympic Tennis Matches will be Live Streamed on SonyLIV in India & Follow them LIVE on InsideSport.co.

India at Olympics – India Tennis History at Olympics: Let’s look at the medal won by Leander Paes in the 1996 Olympic Games.