Jimmy Butler Contract: Even though Jimmy Butler has one more guaranteed year left on his current deal, the five-time All-Star is reportedly going to be soliciting a max extension this offseason.

As per Anthony Chiang of the Miami Herald, Butler “will likely seek a maximum four-year extension worth $181 million” from the Miami Heat.

Butler arrived in the  Heat as part of a sign-and-trade deal with the Philadelphia 76ers in July 2019. He signed a four-year, $140.79 million contract that includes a player option for the 2022-23 season.

He had a poor outing in the series against the Bucks.

Jimmy Butler in the Milwaukee series:

The 31-year-old is eligible to sign an extension this summer. ESPN’s Bobby Marks noted a max deal for Butler would give him salaries of at least $40 million every season, including $50.3 million in 2025-26 when he would be 36 years old. 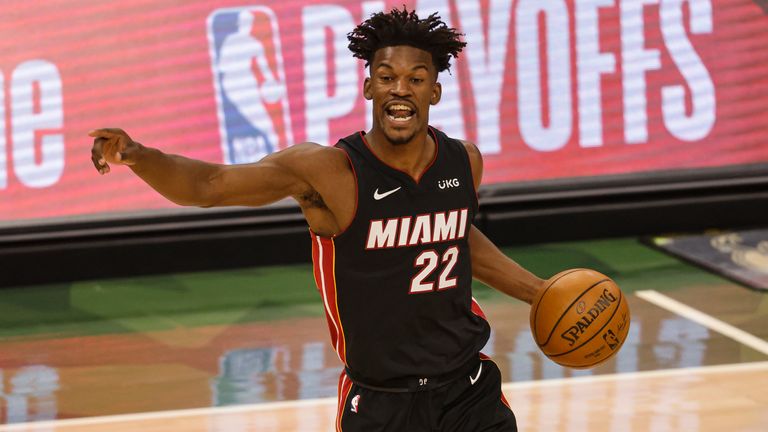 He led the Heat into the NBA Finals before losing against the LA Lakers.

Butler has been instrumental in Miami’s success over the past two seasons. He’s averaged 20.7 points, 6.8 rebounds, and 6.5 assists per game in 110 games since the start of the 2019-20 campaign.

Stability has not been a backbone for Butler over the past four seasons. He has missed a total of 75 regular-season games during that span, including 20 this season.

The Heat have a solid center of talent around Butler, with Bam Adebayo and Tyler Herro.

If team commander-in-chief Pat Riley and head coach Erik Spoelstra want to move forward with that group, they can obtain their long-term future as soon as this summer by working out a new deal with Butler.