Mavericks vs Clippers Game 4 NBA Playoffs Score: Clippers thump Mavericks 106-81 to even the series. Game 5 will be at the Staples Center.

The Mavericks did not look like themselves at all in this game. They were thumped 106-81 by the Clippers in Game 4 as they tie this series after losing both home games.

A poor showing from beyond the arc, they only shot 5/28 of their 3s. The Clippers, however, had an amazing outing from the 3-point line. They shot 40% from downtown. Luka Doncic looked in some discomfort with his neck but he continued to play.

Game 5 is in Los Angeles as the Clippers will play in front of their fans in the Staples Center.

The Clippers take this one 106-81. A brilliant performance from Kawhi and Paul George. They combined for 49 points, 19 rebounds, and 6 assists to even the series at 2-2.

A big-time statement from the clippers that this series is not over quite yet. we now go back to Los Angeles for game 5 on Wednesday night

96-72 Clippers with 4:14 left. just a dominant performance from Kawhi and co.

Ivica Zubac has been fouled out and thus, ejected.

A tough fall for Tim Hardaway. Landed right on his lower back. The last thing the mavericks need is for him to be hobbled moving forward.

The Mavericks are 4/25 from behind the arc.

Mavericks now 3-18 from three. If they aren’t gonna guard or make threes they have no chance

The Clippers have pushed the lead up to 21 early in the third and now Kawhi is going to the line. Hard to see how the mavericks get enough stops at this point to get back into the game

61-45 clippers as we head to halftime. 35 points combined for Kawhi and pg, who has been terrific tonight. Doncic is clearly bothered by his neck but started to catch fire a bit at the end of the second quarter.

Doncic with a step-back on Paul George definitely looks to be in some pain. He still continues.

Doncic grabbing at his neck and appears to be in discomfort. He was questionable coming into the game due to a neck strain and is trying to play through it. Not having much success, however. 8 points on 4-11 so far

A no score bug for the last few minutes. Really amazing in retrospect that they just wouldn’t keep the score on the screen for large stretches of the game back in the day

PGis feeling it. seven quick points from him and the clippers have pushed their lead up to 13. The mavericks take a timeout

Jalen Brunson hits a buzzer-beating 3 to end the 1st quarter.

10 points on 5-5 shooting for Kawhi. he’s been awesome tonight

Boban Marjanovic checked in and has given the mavericks a bit of energy.

Doncic lobs a pass from near half-court for an alley to Finney Smith. Clippers lead by 1

An unsuccessful challenge for the mavericks. Porzingis clearly hit George in the head on the drive. Not even close, it was only Porzingis’ first foul and there’s 7:40 left in the first quarter.

Mavs lose a timeout and now don’t have a challenge for the rest of the game.

An early challenge coming from the mavericks after Porzingis is called for a foul.

Kawhi is doing a great job attacking the paint. Getting inside on every possession to collapse the defense or get to the rim

Dallas Mavericks superstar Luka Doncic is listed as questionable for Sunday’s Game 4 against the LA Clippers due to a cervical strain.

Doncic had 44 points in the last game where they lost, allowing the Clippers to get back in the series. 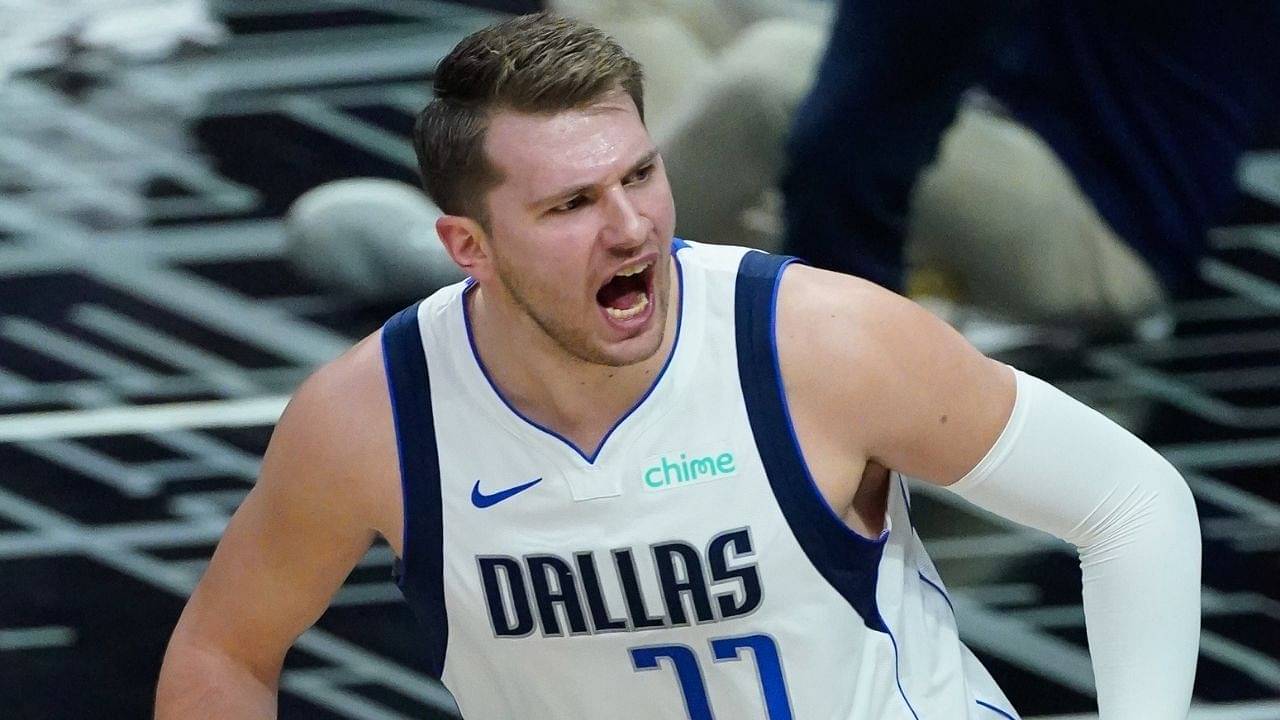