Schroder blew by Doncic, but couldn’t finish a layup that would have trimmed the margin to 3 with 35.8 seconds to play.

Brutal 4-point swing at a critical time for the Lakers, as KCP missed a layup, Kuzma missed the put-back, and Doncic finished a layup on the other end.

Andre Drummond’s 13 boards (with 4:18 left to play) are his high with the Lakers in this his 8th game.

Kuzma has helped settled some after a rough stretch to start the 4th Q, and he’s now +13 in the game.

Kristaps Porzingis (left ankle sprain) will not return to tonight’s game against the Lakers.

After Dennis Schroder led a comeback from 10 down to give the Lakers the lead with a terrific 3rd Q effort, LAL lost focus when he went to the bench, and DAL went from a 3-point deficit to a 94-90 lead.

Doncic stayed in for DAL and got going to close the quarter.

19 points for Dennis, who hit another 3, and has LAL back within 2 all by himself.

Really nice game from Schroder so far after 3 straight FG’s for LAL. He’s 5 for 5 from the field and 5 for 6 at the line for 16 points, plus 10 assists to just 1 turnover.

LAL gave up a 10-0 run after rallying to tie the game, with a mix of turnovers, unnecessary fouls, and missed open shots.

Davis, already looking more like himself, went from blocking Porzingis to forcing Doncic into a deep fadeaway that he air-balled.

Y’all feel that in LA? pic.twitter.com/T0nNNCKk1Z

This time Dallas doubled AD on the block. Davis kicked it out to McLemore for his first wide-open 3 playing with a Lakers star, which he drained.

The one area of inconsistency this season for Luka Doncic has been 3-point shooting. He’s at only 30.4% for the month of April, after shooting over 40% in both March and February.

THT is such a student of the game, today’s lesson: The Dirk Nowitzki Fadeaway 📖

Davis operated largely on the perimeter in the 1st Q, but to start the 2nd Q, they got him the ball in the post, and he spun baseline for an easy bucket over Finney-Smith.

AD’s first made shot came at the 4:45 mark after he’d missed his first 5 attempts as he shakes off the rust in his first NBA game in over two months.

All aboard the Trill Train 🚂💨 pic.twitter.com/c9s4de3Yeu

Anthony Davis has shown early signs of rust. He is 0/5.

With all that length on the defensive side of the court, LAL has looked sharp in the first AD+AD minutes, as a Davis steal led quickly to a KCP layup on the other end.

An AD steal, A KCP throwdown… this is Lakers Basketball.

AD has a pair of jumpers that both popped off the rim, but Drummond grabbed the first, and Schroder the 2nd miss, turning them into a KCP 3, then 1 of 2 FT’s as LAL take an early 8-3 lead as things get going in Dallas.

Rick Carlisle said Maxi Kleber is out tonight vs. LAL.

Rick Carlisle said he’s a “Long time admirer” of Frank Vogel, having watched as he evolved from the film room all the way to a head coaching job, and mentioned how he’s improved, innovated, and kept his defensive identity.

Davis will play in the first half only tonight (15 minutes, max).

It is great news for LAL to get Davis back. Yet for tonight’s game, integrating him and still finding a rhythm with rotations will be tricky, especially due to his min. limit: “It’s an imperfect season,” said Vogel. “This is the hand we were dealt, we have to make the best of it.”

Markieff Morris, who’s played well in Davis’ absence, will start the 2nd half for the Lakers.

Anthony Davis is expected to make his return to the court which is a big boost for the Lakers, but he will likely be on a minutes restriction after sitting out the last 30 games. 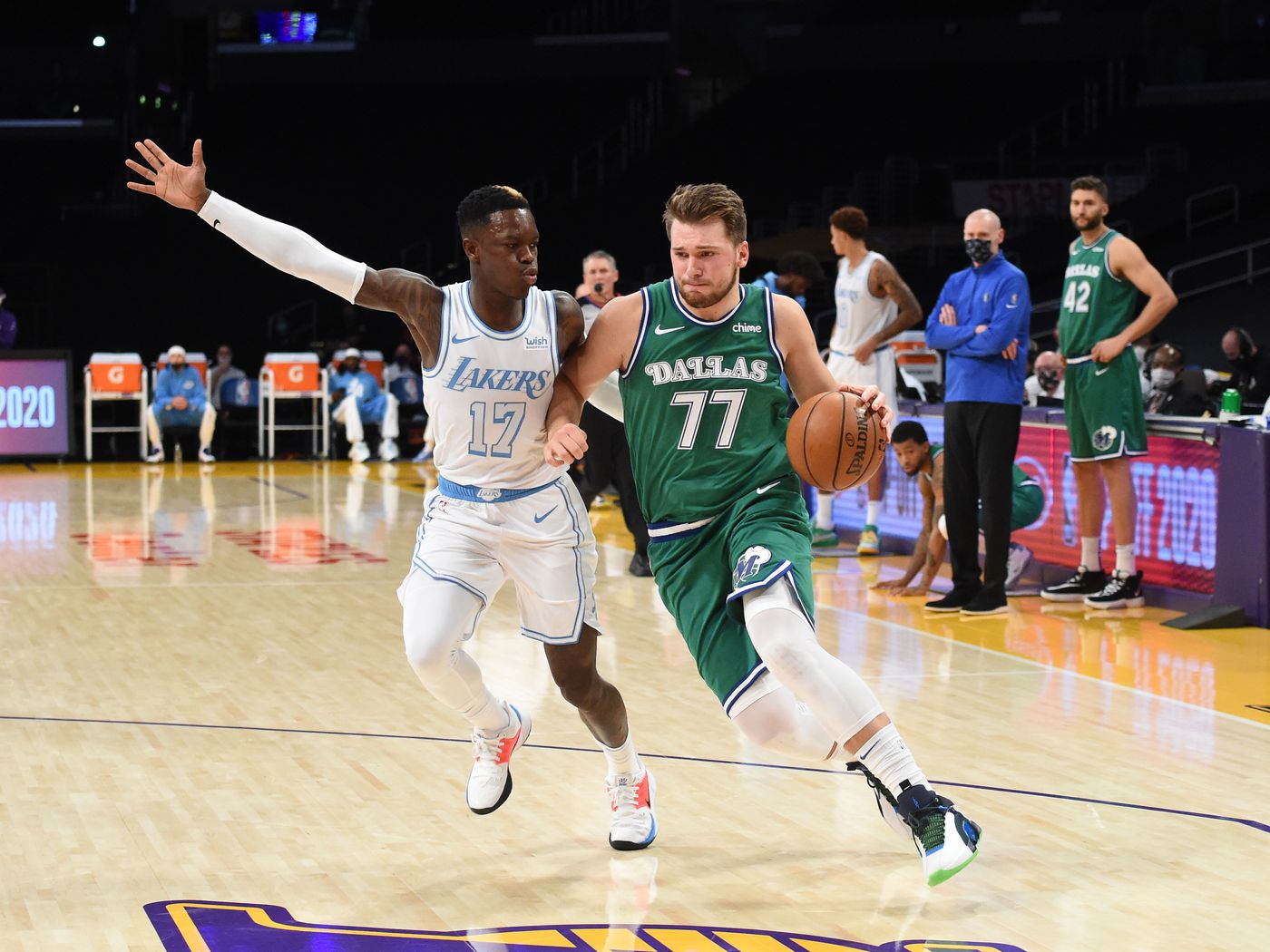