NBA News 2020-21: It was a crazy day for the NBA teams as well as fans. We saw Kawhi Leonard being out indefinitely due to an ACL injury, while Chris Paul going into isolation due to Covid-19 Health and Safety Protocols.

A few coaches were fired as well. Here is everything that happened in the NBA today.

Sheppard said the Wizards will begin their coaching search immediately.

Washington and coach Scott Brooks couldn’t come to an agreement on a new deal and are agreeing to part ways, sources tell ESPN. Brooks’ deal expired after the playoffs.

“We have been committed to taking the proper steps over the last two seasons to develop our young players, bring in pieces to complement Bradley Beal, and build a winning environment that will ultimately lead to sustained on-court success,” Sheppard said in a statement. “Our organization will always be grateful to Scott for his dedication and work both on the court and in the community over the past five years, and I personally admire and respect how he helped keep our team together during the unprecedented events of the last 15 months.”

Donnie Nelson who had 36 years of NBA experience, joined the Dallas Mavericks on Jan 2, 1998. He recently completed his 24th season with the franchise.

“I just want to thank Donnie for his 24 years of service to this organization,” said Mark Cuban. “Donnie has been instrumental to our success and helped bring a championship to Dallas. His hard work, creativity, and vision made him a pioneer. Donnie will always be a part of the Mavs family and I wish him all the best.”

Phoenix guard Chris Paul has entered the NBA’s health and safety protocols and it is unclear whether he’ll be available for the start of the Western Conference finals next week, a person with knowledge of the situation said Wednesday.

Breaking: Chris Paul has entered the NBA’s health and safety protocol and is out indefinitely, jeopardizing his availability for the Western Conference Finals.

The news was first reported by The Athletic and a source confirmed to ESPN. pic.twitter.com/CiZWw88sp5

The Suns are not certain exactly how long Paul will have to be away from the team, the person said, speaking to The Associated Press on condition of anonymity because neither the player nor the team has publicly released anything about the situation. 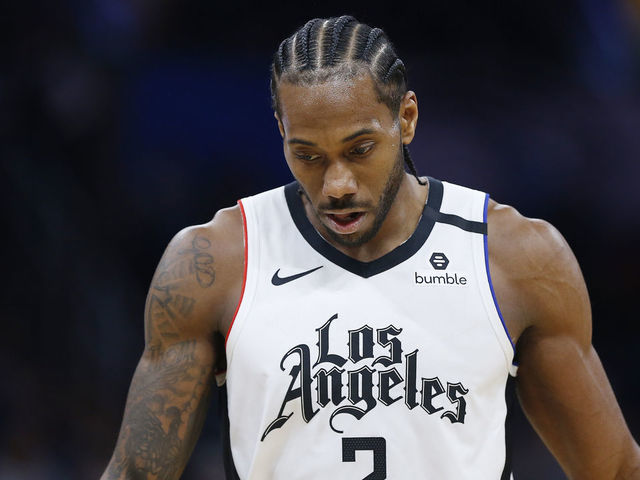 All-NBA forward Kawhi Leonard has a right knee sprain that will keep him out of the Los Angeles Clippers’ lineup for Game 5 of the Western Conference semifinals against the Utah Jazz on Wednesday night and raises questions about his availability going forward.

The team announced that Conley won’t play in Game 5 of the Western Conference semifinals against the Los Angeles Clippers on Wednesday night.

Mike Conley is out for tonight’s game.

Each of the first four games in this series has been won by the home team. The Jazz took a 2-0 lead before heading to Los Angeles. However, the Clippers bounced back in the series, thanks to amazing performances by Paul George and Kawhi Leonard.

Stan Van Gundy is out as Pelicans coach following just one season at the helm, a person familiar with the situation said.

The person spoke to The Associated Press on condition of anonymity Wednesday because the move has not been publicly announced.

Hired last October, about two months before the start of a pandemic-delayed and shortened season, Van Gundy coached a Pelicans squad led by All-Star Zion Williamson to a 31-41 record. New Orleans finished in 11th place, a few games out of the final Western Conference play-in spot.

Find out the latest news and updates about NBA on insidesport.co