NBA Awards: Phoenix Suns general manager James Jones has been named the NBA Executive of the Year for the 2020-21 season, as announced by Suns’ governor Robert Sarver on Sunday prior to the tip of Game 1 of the Western Conference Finals against the Los Angeles Clippers.

The winner is selected through voting by executives from all 30 teams.

The Suns needed just 48 games this season to record their 34th win—something they needed all 73 games for last season. But that success is a mark of Jones’ work over the past two seasons he has served as general manager in Phoenix.

NBA Awards: When the former NBA star stepped into the role on a permanent basis in April 2019, the Suns were coming off of a 19-63 season. Within two years, he had the team finishing at 51-21 and in their first playoff appearance since 2009-10.

James Jones receives Executive of the Year award before a huge ovation pic.twitter.com/8hD1EDZUZH

After an 8-0 run in the bubble at Walt Disney World Resort, the acquisition that brought the Suns full circle came in November when the team effectively cleared the house to bring in Chris Paul.

NBA Awards: While the 35-year-old is coming to the end of his NBA career, Jones noted his off-court attitude as part of the reason he was bringing him to Phoenix.

“Chris’ leadership and competitive approach to the game will have an immeasurable impact on our team,” he said, per Tim Reynolds of the Associated Press. 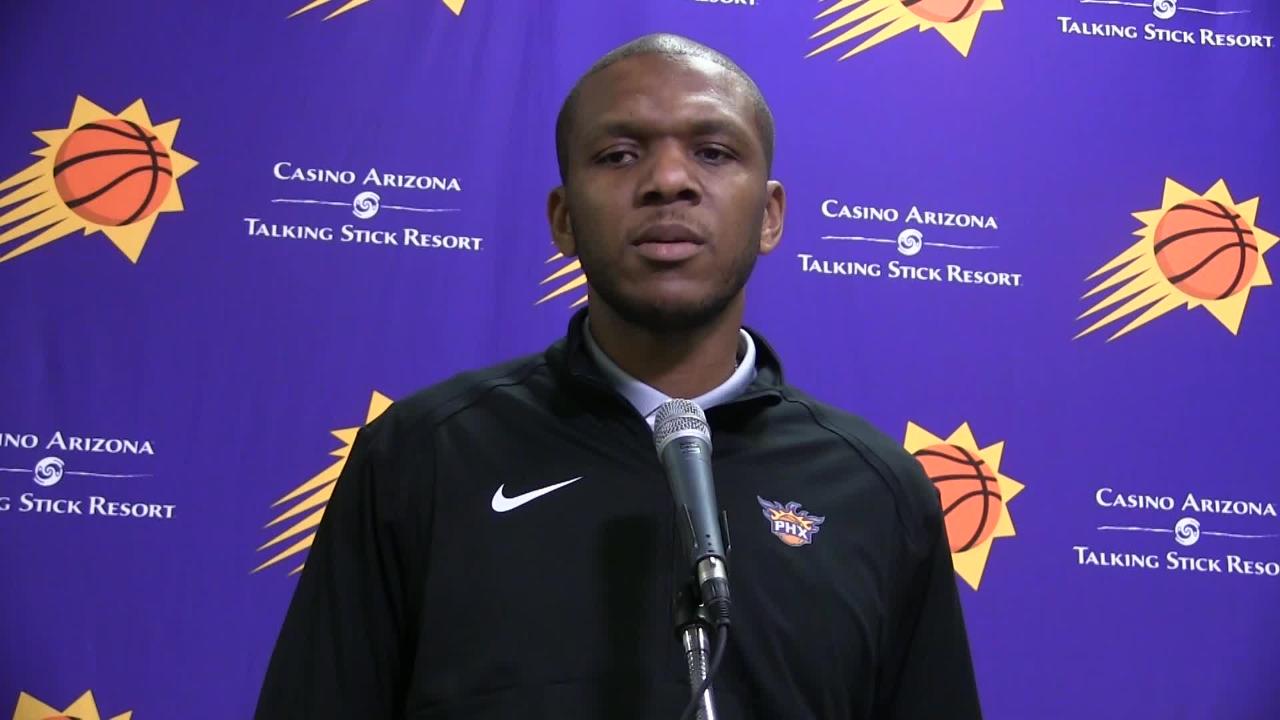 Bringing in the veteran didn’t dull the shine of Devin Booker, who earned his second All-Star nod and is producing upward of 25 points for the third consecutive season.

NBA Awards: The foundation for Phoenix’s turnaround was laid through Jones’ first year in Phoenix, but he enhanced the effort this season to make the Suns a competitive team in a tough Western Conference.

Last season’s winner, Lawrence Frank of the Los Angeles Clippers, managed another strong year for the franchise as it joined the Suns in the Western Conference Finals.

Getting Paul George to re-sign with the team on a four-year max deal in December was a major key for the Clippers, and they had some minor acquisitions by way of Serge Ibaka and Nicolas Batum, but their success this season was large because of the players already with the team.

There were plenty of worthy candidates in a season that saw major moves, but NBA team executives believed it was Jones whose work stood out above the rest.