NBA Finals 2021: Monty Williams wasn’t named NBA Coach of the Year, but he has something more monumental, a trip to the NBA Finals.

While Chris Paul was emotional Wednesday night after the Phoenix Suns eliminated the Los Angeles Clippers 130-103 in Game 6 of the Western Conference finals, Williams was taking joy in seeing his players celebrate.

“I really enjoyed watching him and his emotions after the game. I was like, I must be getting old now because I’m enjoying watching other people,” Williams said. “It used to be about me. Now, I’m looking at everybody else having a good time and I’m like, man, I’m getting old.”

NBA Finals 2021: Williams and Paul hugged after the game and took in the moment. Even though there were plenty of tears from Paul, there were none from Williams.

Chris Paul gives a heartfelt speech after getting the WCF trophy 🙏

“It’s just authentic. I just felt like hugging him. I think his parents were right behind us and he was emotional,” Williams said. “I felt for him. I had my emotional time before the game.”

Before the Suns took to the Staples Center court, Williams and assistant coach Randy Ayers were in the locker room reflecting on their journey together — five years in New Orleans and the last two in Phoenix. “Today about 2:30 we were in the locker room. It was just Randy and I. I was like, ‘Man, Randy, we’re so close.’ And then Randy starts telling me what he felt about me, because he’s been with me since day one in New Orleans. And I broke down before the game,” Williams said. “So I understood the emotions that Chris was dealing with. I just ran out of tears. I used all mine up about 2:30, 3 p.m. today.

“I was gone, because Randy had just spoke from the heart to me about some things that we have been through. He’s been with me every step of the way since New Orleans and now.”

While Paul’s 16-year journey to his first NBA Finals will be one of the integral storylines, Williams also deserves his plaudits. When he was named coach on May 3, 2019, the Suns had just come off a 19-63 season in which they tied for the league’s second-worst record. 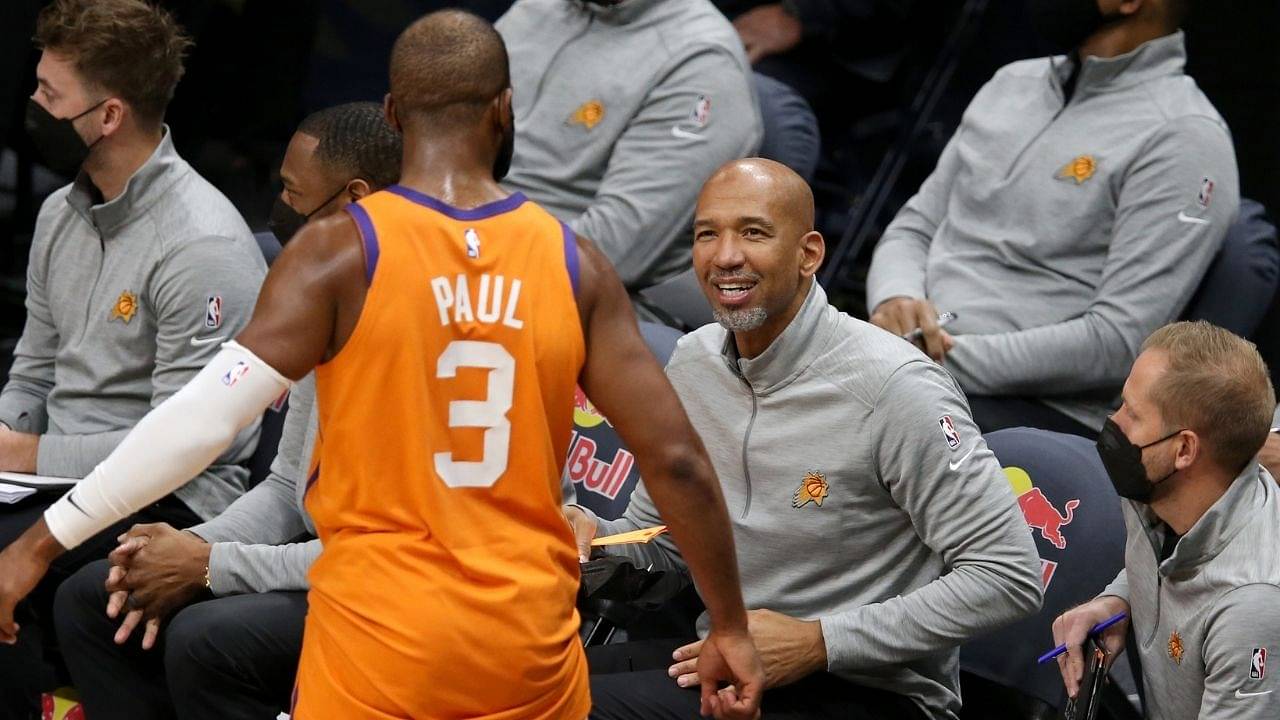 Two years later, Phoenix broke a 10-year playoff drought by finishing with the league’s second-best mark (51-21) in a pandemic-shortened season. Phoenix is just the third team in the last 45 years to improve from having one of the league’s two worst records to a top-two mark in two seasons or less.

NBA Finals 2021: The Suns eliminated the defending champion Los Angeles Lakers in the first round in six games, swept league MVP Nikola Jokic and the Denver Nuggets in four in the semifinals, and dispatched the Clippers in six to reach the NBA Finals for the third time in franchise history.

—Chris Paul on why he wanted to play for the Suns pic.twitter.com/jcqIqiT3Xp

“He respects the position. And that’s really gratifying for me, to see how much work he puts into it,” Ayres said. “I told him today like we’ll have a situation that we want to talk about at the end of the day before we all go home. I know the next day he’s put in the time to come up with a solution for that situation. And you respect that. I’ve seen that for seven years.”

Williams showed last season he had a good nucleus of young talent with Devin Booker and Deandre Ayton after improving by 15 wins. By adding Jae Crowder and Paul, it put them over the top, along with an additional improvement of 17 wins.

NBA Finals 2021: “Monty coming in, building the culture, him leading us with the preparation meets opportunity. That was these moments right here, and we took it and we ran with it,” Booker said.

Along with having home-court advantage, the Suns should be plenty rested going into the NBA Finals. If the Eastern Conference finals between the Milwaukee Bucks and Atlanta Hawks end in six games, the series will begin on Tuesday. If it goes the distance, it starts on July 8.

“For us to get back together again and do this… You never know if you’re going to be in these positions.”

Monty Williams reflects on his journey with @CP3. pic.twitter.com/KOXS372bqo

Phoenix should also be favored to capture its first championship. It last made the NBA Finals in 1993, losing to Michael Jordan and the Chicago Bulls in six games.

The Suns’ only other appearance was in 1976, a loss to the Boston Celtics in six games. That series still goes down in NBA Finals lore for the Celtics triple-overtime win in Game 5.

“I’m happy and proud of our team. Monty not winning Coach of the Year, but we know who he is,” Paul said, “They won two games in this series without me, and it just shows you how crazy it is. First series got the nerve thing. Win the second series, end up with COVID. It’s been a lot and I want it not just for myself, but for everybody in that locker room.”