If their two regular-season matchups are any implication of how the NBA Finals 2021 will be, the Bucks and Suns series will go down as the most interesting and competitive matches in the history of the NBA.

Phoenix won the two games against Milwaukee by a combined two points, including a 128-127 overtime thriller back in April. We cannot wait to see the unbelievable energy and hustle the players will put on the floor to win this series.

This series is special for the 11x All-Star Chris Paul as well as 2x MVP Giannis Antetokounmpo who will be playing in their first NBA Finals.

NBA Finals 2021 Predictions: Tough roads for both the teams

The Phoenix Suns faced a tough challenge entering the NBA Playoffs 2021. They faced the defending champions Los Angeles Lakers in the first round. However, with LeBron James and Anthony Davis injured, the Lakers were not at their best.

The Milwaukee Bucks did not have an easy road either. They faced the 2019-20 runners-up Miami Heat. Although, the Heat was nowhere as good as they were last season and the Bucks won the series 4-0.

NBA Finals 2021: Milwaukee Bucks enter their first NBA Finals since 1974, will battle against Phoenix Suns for the NBA Championship

The biggest test for the Bucks came against the Brooklyn Nets and the Big 3. Unfortunately for the Nets, not all of their superstars were fit at the same time. In Game 7, which went into overtime, the Bucks won 115-111. Kevin Durant forced the first Overtime and was inches away from winning the series for the Nets as his foot was on the 3-point line. 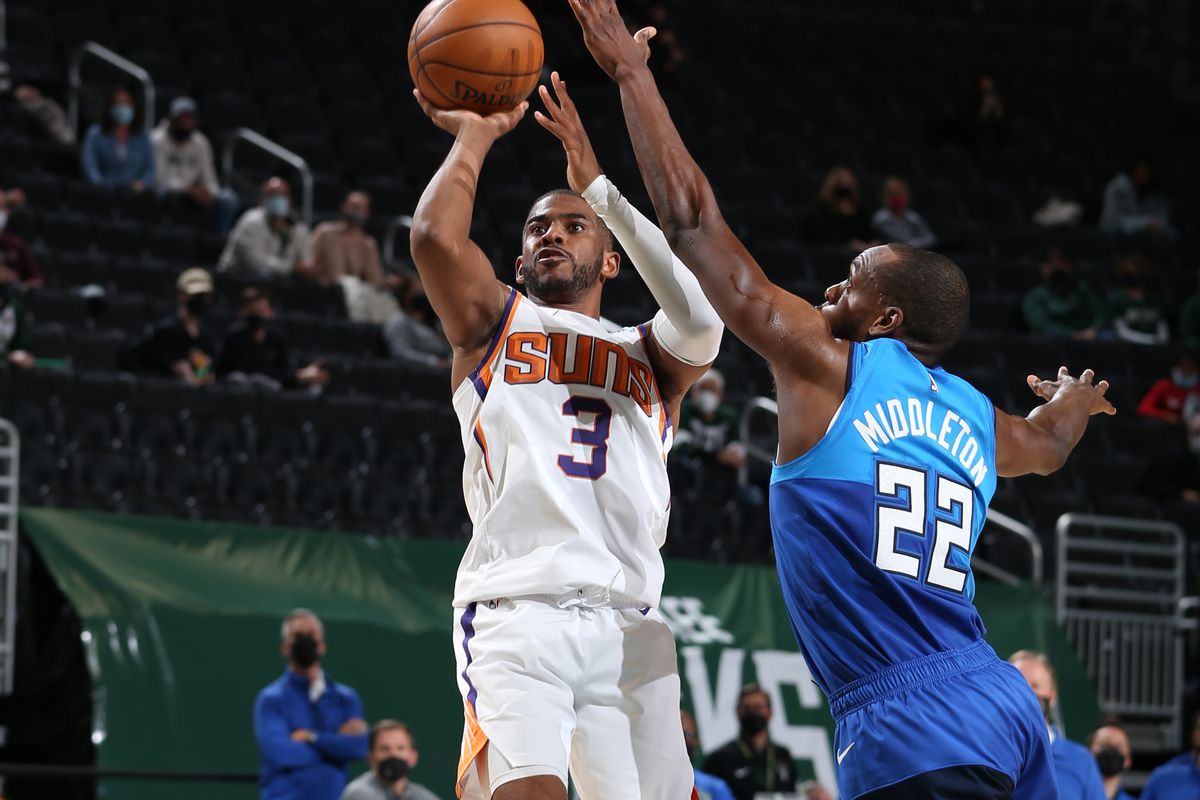 The Phoenix Suns made through without Chris Paul even after had to miss Game 1 and 2 of the NBA Western Conference Finals. Although, it did not have a big impact on the Suns’ team as Devin Booker and Deandre Ayton assisted the Suns to go 2-0 up.

The combination of Deandre Ayton and Devin Booker has been immense for the Suns. It is true that the Bucks were without Giannis for 2 games in East Finals but Brook Lopez was the standout performer in Game 5.

He has not done that on a consistent basis like Booker and Ayton. The Milwaukee Bucks were dependent on Khris Middleton for the most part even when Giannis was on the court. With a lockdown defender like Booker, it might be tough for Middleton to work his magic like he usually does.