NBA Hall of Fame 2021: Gregg Popovich took Saturday off, for good reason. There was no way he was going to miss Tim Duncan’s enshrinement into the Basketball Hall of Fame.

The San Antonio Spurs played Saturday afternoon without their head coach after Gregg Popovich made the decision to fly to Connecticut to see Tim Duncan — with whom he won five NBA championships officially go into the Hall alongside Kobe Bryant, Kevin Garnett, and six others.

Gregg Popovich is not coaching the play-in-tournament-bound Spurs today against Phoenix so he can attend Tim Duncan’s @hoophall induction at 5:30 PM ET. https://t.co/dSAPnPWh91

The bond between Gregg Popovich and Tim Duncan started getting forged in 1997 when the San Antonio Spurs were about to use the No. 1 pick in that year’s draft on the forward who was coming off a stellar career at Wake Forest.

Gregg Popovich flew to the Virgin Islands, Duncan’s home, and wanted to learn everything about him.

Popovich said earlier this month that he still marvels at Tim Duncan’s hall of fame story, how a kid from the islands just happened to become one of the best players to touch a basketball.

“I do, especially since he was a swimmer and wanted to be an Olympian, as far as that goes. So, it’s a pretty incredible story. Everybody knows the story, but it’s true. That’s something that we’re all very happy about. We still toast him when we have dinners; as we’ve said before, ‘Thank you, Timmy.’”

Popovich had another compelling reason to attend. He quietly championed the Hall candidacy of Rudy Tomjanovich for years; Tomjanovich, the two-time champion coach of the Houston Rockets in 1994 and 1995, also finally will be enshrined as part of this Hall class.

“I never really understood why he was continually overlooked,” Gregg Popovich said of Tomjanovich. “I mean, as much success as he had, year in and year out, and the championships he won were really hard-fought. He came from the lower end of the rankings in both situations to just gut it out. He was the coach of the Olympic teams and got a gold medal. He was a class act. His players loved him. He has the game in his blood. I always thought he was an obvious choice. So, for it to finally happen, is just a wonderful thing for him and his family and all of us who are his friends.” 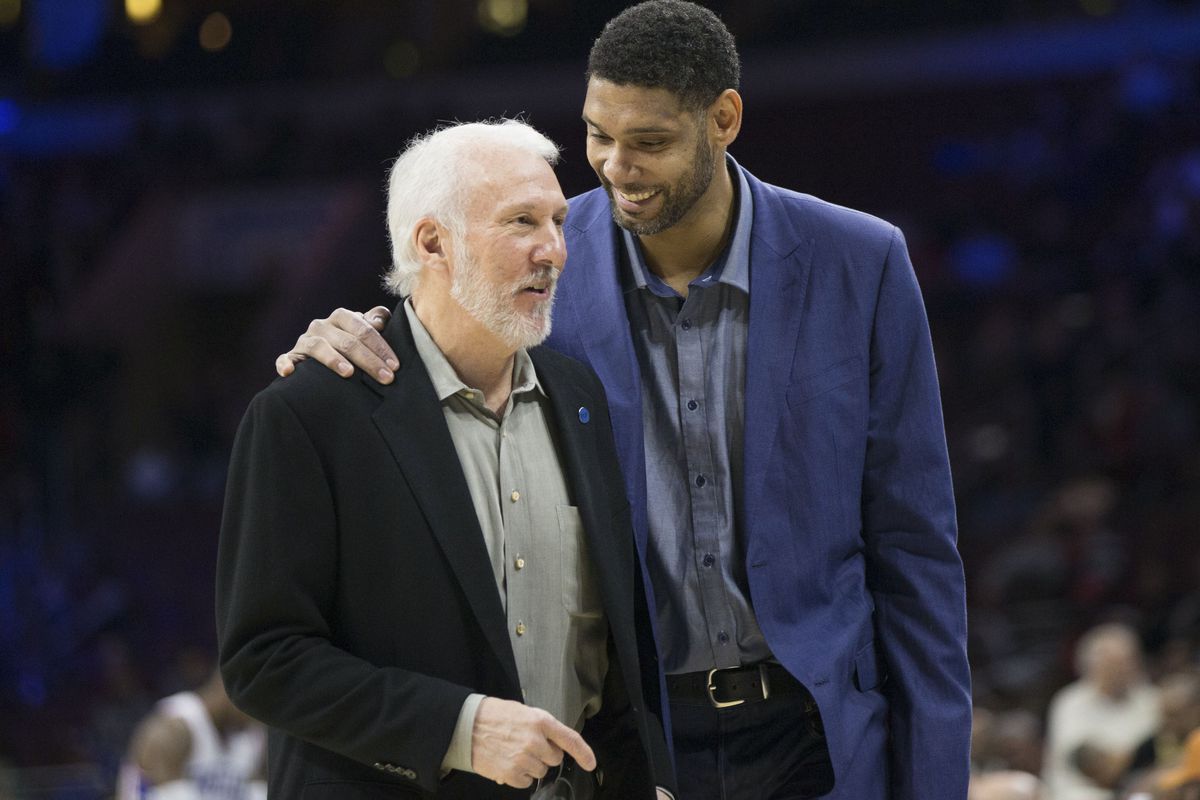 Popovich is not in the Hall of Fame, though it is widely assumed that his call is coming in the not-too-distant future. He is not a finalist for the 2021 class, which will be announced Sunday and enshrined in September.

The enshrinement ceremony for this year was moved to the Mohegan Sun Casino in Connecticut largely because of the additional space it provides for a socially distanced event that adheres to protocols put in place for gatherings during the coronavirus pandemic.

The 2021 enshrinement ceremony, scheduled for September, is tentatively scheduled to return to the Basketball Hall of Fame in Springfield, Massachusetts — with some parts of that weekend back at Mohegan Sun as well.

The San Antonio Spurs’ game Saturday didn’t mean much to San Antonio standings-wise; the Spurs will be the No. 10 seed and be on the road for a play-in tournament game at either Memphis or Golden State on Wednesday.

For their opponent, the Phoenix Suns, it still meant something — which is part of the reason why Suns coach Monty Williams didn’t hop on a plane as Gregg Popovich did.