The NBA Playoffs 2021 have started and the potential date of July 22 has been set for the NBA Finals. Although, it has been a headache for the players who wish to represent their countries in the Tokyo Olympics.

The success of the play-in tournament has re-ignited the NBA’s efforts to add a midseason tournament. 👀 pic.twitter.com/YNhwj4cU0D

How many games will be played in the NBA Regular Season?

The project, which would reduce the regular season to 78 games to complete the single-elimination event, has been in talks since 2019 but was postponed due to the COVID-19 pandemic.

Silver has looked at European Super League as a model for the midseason tournament, which would see a $1 million-per-player prize pool in its current iteration. 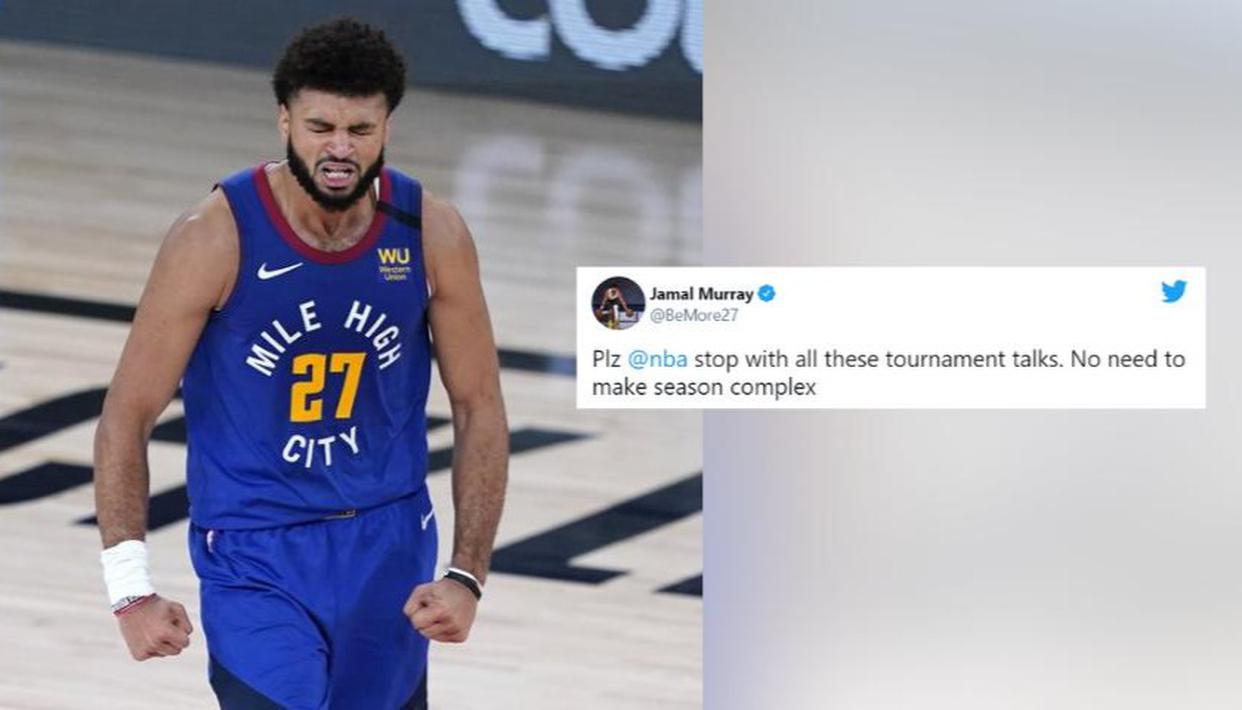 The tournament would need approval from the NBPA, as it would alter the league’s collective bargaining arrangement. Furthermore, two-thirds of NBA owners would have to support the change.

The NBA sees the midseason tournament as a way to break up the sameness of the conventional season and find an extra revenue stream.

Jamal Murray is not a huge fan of the Midseason Tournament

Plz @nba stop with all these tournament talks. No need to make season complex

Criticism received by the Midseason tournament

“It’s incumbent on me to constantly be looking at other organizations and seeing what it is we can do better and learn from them,” Silver told Marc Stein of the New York Times in 2019.

Some players, especially vets, may choose to prioritize taking midseason rest rather than playing for a potential $1 million prize—a relative pittance when stars earn upward of $30 million per season.