According to ESPN’s Adrian Wojnarowski, Houston traded Tucker, Rodions Kurucs, and the 2022 first-round pick it already had from the Bucks to Milwaukee in exchange for DJ Augustin, DJ Wilson, and a 2023 unprotected first-round pick.

If Milwaukee’s first-round pick does not fall in the top nine, Houston can also swap its 2021 second-round pick in exchange for it.

NBA Trade: Tucker, 35, has been with Houston since the start of the 2017-18 campaign. He is averaging 4.4 points and 4.6 rebounds while knocking down 31.4 percent of his shots from distance this season. 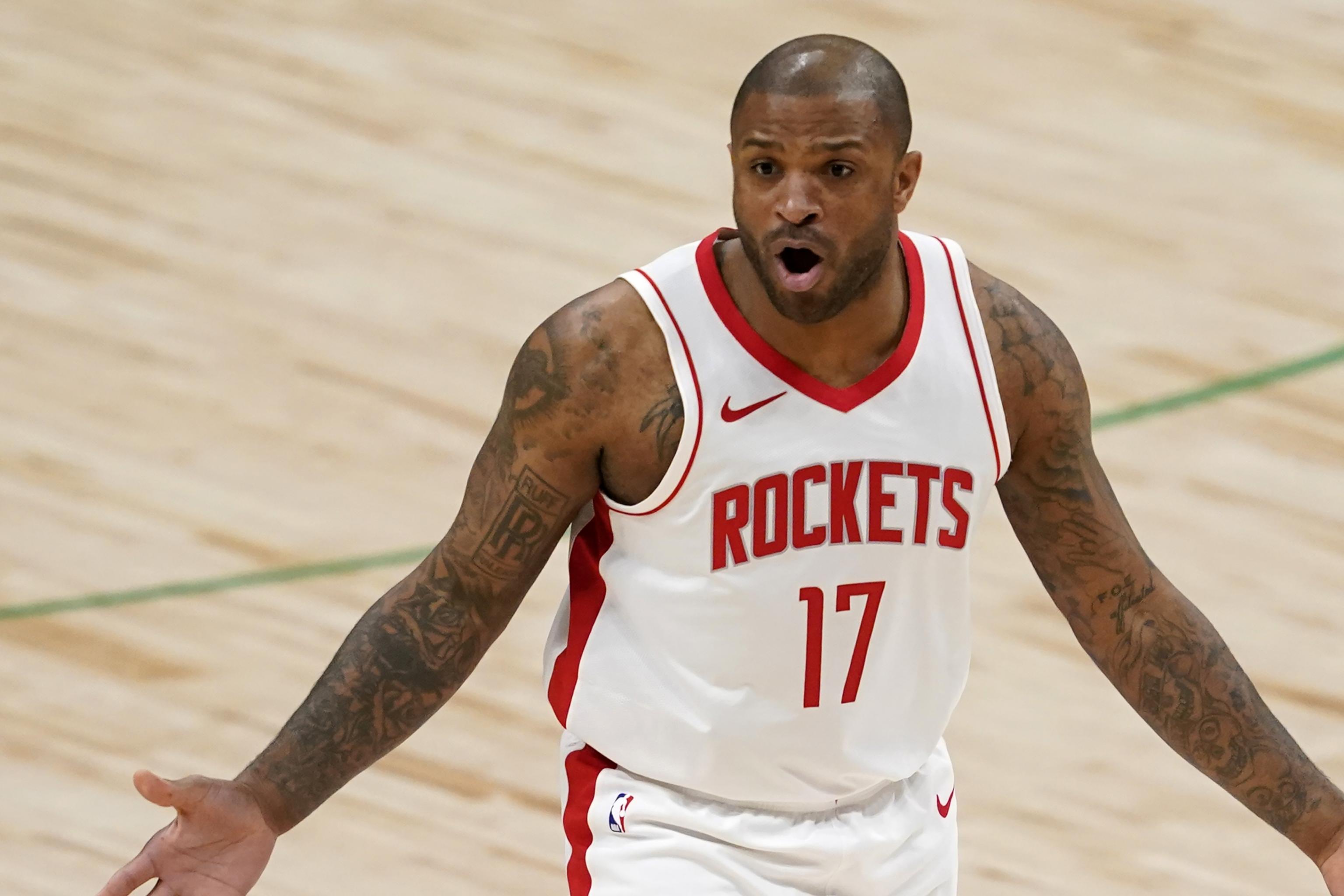 NBA Trade: Following Thursday’s 125-105 loss to the Sacramento Kings — Houston’s 14th straight defeat — Houston coach Stephen Silas told reporters: “We’re going to try to figure out something that works for him and works for us as far as him not being on the team anymore.”

“I was under the assumption that he was going to be playing tonight and he didn’t play,” Silas said. “That was disappointing.

“Before the game, I found out that he was not going to be playing. At some point, there was some mutual agreement with P.J., his agent, (Rockets general manager Rafael Stone), and the organization that P.J. will not be with the team anymore.”

Tucker had been a trade target for several teams throughout the regular season, all hoping they can use his brand of toughness and floor spacing.

While his numbers have been dismal in comparison to recent seasons, Tucker can provide toughness and defensive presence against opposing bigs in the playoffs.

The Bucks have been in desperate need of some level of veteran leadership and playoff knowhow during this season, so Tucker should provide some necessary help.