The Mavericks are scoring 50.6% from the field. Porzingis leads the scoring with just 6 minutes left in the match. He has 20 points, 1 assist, and 6 rebounds in just 25 minutes.

For the Nuggets, Jokic and Barton have scored 44 points. Jokic already has his double-double as he scored 21 points and grabbed 11 rebounds.

Dallas Mavericks finish the 1st quarter with a 10-2 win 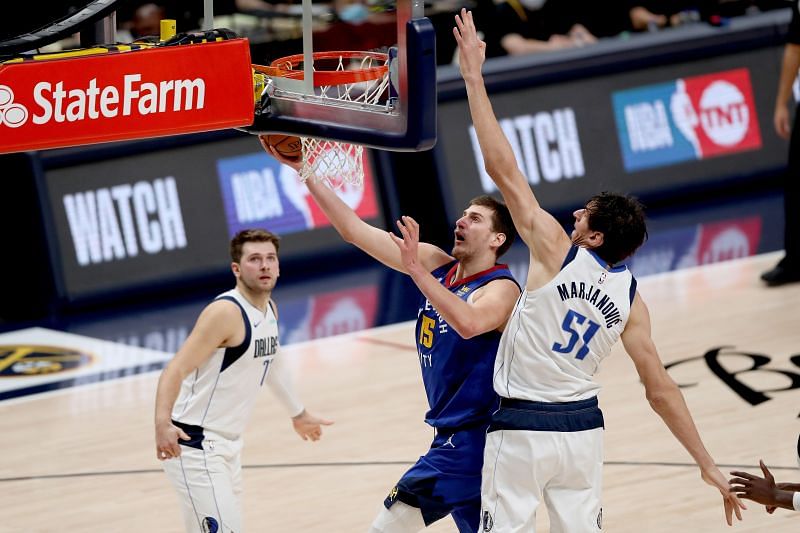 Nikola Jokic continued his terrific form with 28 points, 15 rebounds, and seven assists on 13 of 22 shooting, Will Barton and Michael Porter Jr. each scored 21 points while Paul Millsap returned from a nine-game absence to chip in with 11 points off the bench.

As a team, the Nuggets shot 44 percent from the field and 13 of 37 from the 3-point line as they did just enough to escape with the narrow win.

Jamal Murray finished with just three points on one of 14 shooting from the field.

Dallas will be looking to bounce back here after having their four-game win streak stopped by the Thunder in a 116-108 road loss on Thursday.

Josh Richardson led the team with 27 points and six assists on 10 of 15 shooting, Jalen Brunson added 26 points while Tim Hardaway Jr. chipped in with 24 points off the bench.

As a team, the Mavericks shot just 42 percent from the field and 15 of 34 from the 3-point line as they got off to a slow start and were always fighting an uphill battle after getting outscored by 35-19 in the first quarter.

Luka Doncic and Kristaps Porzingis were both out injured for this one.

the Denver Nuggets have been in fine form as they’ve won 10 of their past 14 games.