The Hornets are shooting a poor 25% from beyond the arc. They have attempted 36 3-pointers.

Whereas, the Pacers are shooting a healthy 45.2% from downtown.

THROW THAT DOWN OSHAE 😤 pic.twitter.com/0SULNBzsKn

Pacers have led the entire night and are cruising to a play-in win – advancing to play at Boston or D.C. on Thursday.

The Hornets have been poor throughout this matchup

y’all can keep your buyout guys, we’ve got @Obrissy 😈 pic.twitter.com/Zct4L5Z7Sz

Just an embarrassing showing from the Hornets. It’s a 27-point game two minutes into the second half. They haven’t been sharp at all.

McDermott already has 20pts. Brogdon, playing in his first game this month, has 13. Cody Zeller with 10pts.

Rebounding had been an issue against the Hornets — and the Pacers are +9, and allowed just 2 second-chance points while scoring 10 themselves. They won the effort plays and rose to the occasion for the first 24mins.

Sabonis is fine, but has been frustrated by the lack of calls on the last few possessions. Nate Bjorkgren had a long conversation with an official during the timeout.

Sabonis has 2pts, Brogdon with 5. Four of their top six players out — and the Pacers are cruising. Up 19 mid-2Q.

They’re shooting 56% and have outscored the Hornets by 15 from beyond the arc.

That was one of the better quarters of the season from the Pacers. High energy, shots were falling and they won the boards.

They’re up 40-24 on the Hornets, getting 16pts from McDermott. Bjorkgren has played nine already.

Great ball movement from the Pacers early with 10a on 13 FGs. Hornets, who want teams to shoot the 3, have switched to a 2-3 zone.

Pacers with as good of a start as they could have hoped. 20-7 thanks to sharp shooting from outside: 5 for 6.

McDermott (11) has outscored the Hornets (7) by himself.

Hornets starters for the play-in vs Pacers:

Pacers starters for the play-in vs Hornets:

The Pacers knocked off the Raptors 125-113 and covered the spread as 6-point favorites while going over the 227 point total in their last outing on Sunday.

Indiana has covered the spread in less than half its games this season, putting together a record of 31-40-1 against the spread. 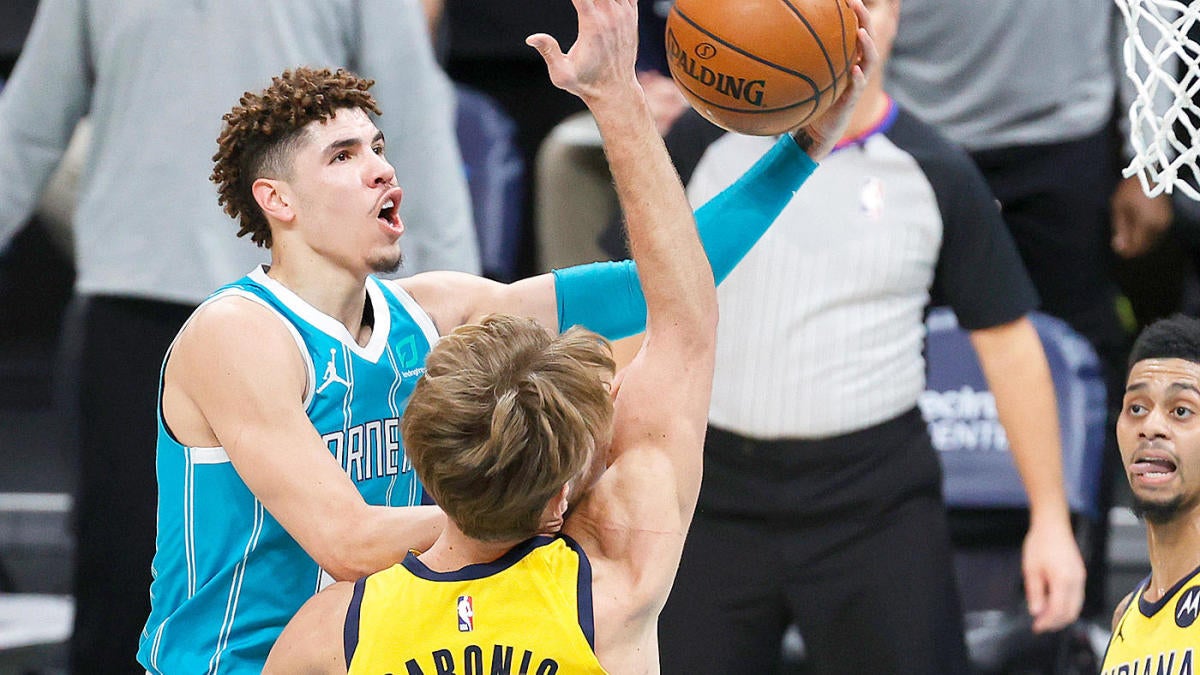