The Gabonese international striker had an underwhelming season last term scoring just 10 league goals he scored 22 in each of the two preceding campaigns but Arteta sees him as pivotal to the Gunners.

The 32-year-old scored a hat-trick in his first start this season in the 6-0 whipping of Championship side West Brom in the League Cup on Wednesday which was also Arsenal’s first win after opening with two league defeats.

They travel to champions Manchester City on Saturday with Pep Guardiola’s side looking to add a striker to their ranks after their principal target Harry Kane said he will stay at Tottenham Hotspur this season. 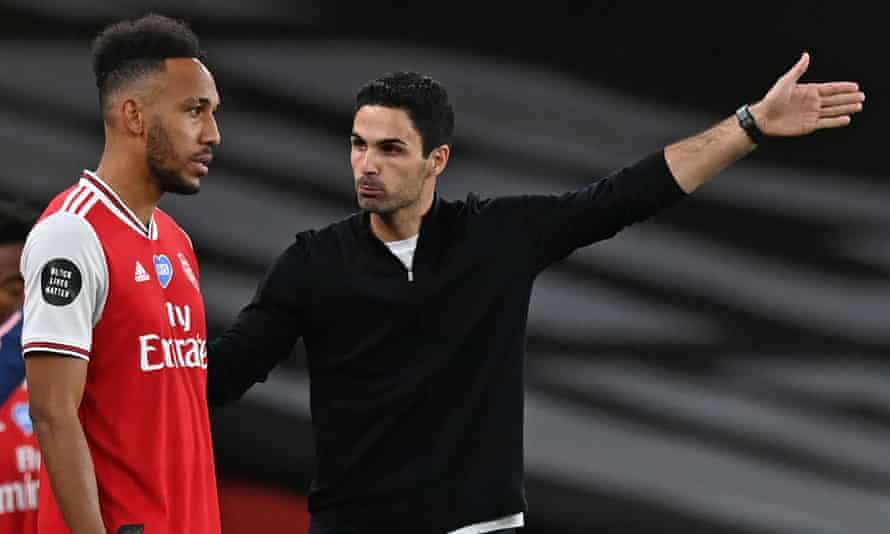 Cristiano Ronaldo has been mentioned as a possible target but it may be hard to persuade Juventus to let him go so Aubameyang as a proven goalscorer could prove attractive.

“Pierre-Emerick Aubameyang is our player and he will remain here,” said Arteta at Thursday’s press conference.

However, Arteta was not so sure what might happen if the club was to receive a huge offer for the player who signed a three-year contract last September.

They have spent more money than all their rivals in the close season — a reported 130 million ($178 million) — and may feel obliged to listen if a big-money offer was made.

“I don’t know,” he said when asked if the club would have to consider offers for any player.

“We haven’t had a situation but probably that question is more for (technical director) Edu and the board.” One player who does appear to be surplus to requirements is Brazilian forward Willian, who has failed to fire since he joined Chelsea on a free transfer in August last year.

The 33-year-old has been heavily linked with a return to his homeland with Corinthians.

“We are having some conversations with him and the agent and we are evaluating the position that we are in at the moment,” he added.

Arteta would probably have preferred an easier opponent prior to the international break than the club where he was assistant to Guardiola prior to taking the Arsenal job.

The Gunners manager, though, paid his former boss a handsome tribute after Guardiola was reported on Wednesday to have said he would leave City when his present contract expires in 2023.

“Obviously the longevity of Sir Alex (Ferguson) and Arsene (Wenger) is incredible what they’ve done,” he said.

“I think that Pep has brought a lot of new things and a different way of playing and I think what he’s added to this country is exceptional and he’s going to go down in the history of the Premier League for sure.