Premier League: Virgil van Dijk signs a new contract with Liverpool till 2025 after coming back from injury- Liverpool Football Club has shared an announcement stating the contract extension of Virgil van Dijk with the Reds on Friday. The Holland star has signed a new long-term contract with the Merseyside outfit which will see him play for Jurgen Klopps’ men for the next three and a half years.

The center-back joined Liverpool back in January 2018 from Southampton. Since then, he has been a vital cog of the Reds’ system. Van Dijk has taken his game to another level under Klopp and established himself as one of the best players in the League.

Speaking about his new contract, Van Dijk was quoted by the clubs’ official media channels saying: “Amazing. It is something to be very proud of, that I am very proud of, that my wife and my kids are very proud of, and obviously my agency. All the hard work we’ve put in so far continues and I am looking forward to what the future brings together with Liverpool. I’m delighted, very happy and proud.” 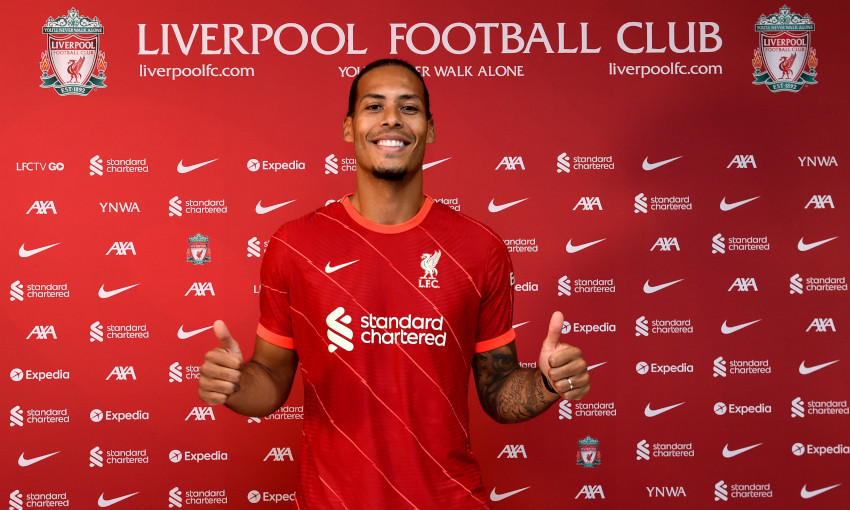 The Holland star added, “Since day one when I joined the club, I felt so much appreciation from the fans and from my teammates and the staff, that I could be a very important member of this football club.”

“It has been going well; unfortunately last season for me personally has been a season to forget, to learn from and take with me, but I have enjoyed my time here and will keep enjoying it in the next couple of years altogether with all of you.”

The Dutch international has featured in over 130 games for the Anfield outfit and won various trophies like Premier League, FIFA Club World Cup, UEFA Super Cup, and the Champions League.

He will head into the season after missing the majority part of the previous campaign following knee surgery last October.  Van Dijk also missed the Euro 2020 and focused on working his way back to full fitness for the upcoming campaign. Featuring for the Reds in the pre-season friendlies, the 30-year-old will be rearing to go against Norwich City in their PL opener this week.