Tokyo Olympics: Russia is competing under another new name at the Tokyo Olympics, the latest fallout from the Games’ longest-running doping saga.

You will not see the Russian flag above any podiums but the national colors are on the uniforms.

Doping cases old and new still cast a shadow over the team. Two swimmers from the Tokyo team have been suspended for cases dating back years and two rowers tested positive last month. 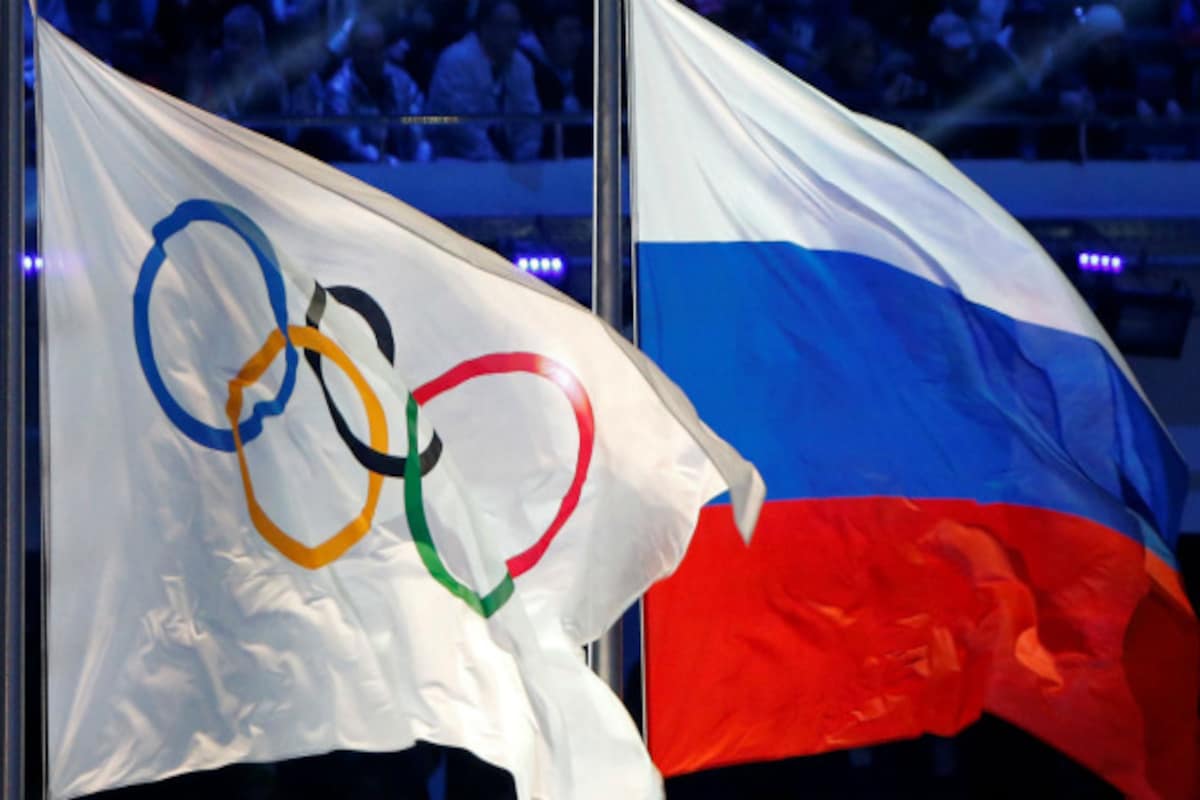 This time it’s not Russia or even the Olympic Athletes from Russia. It’s the Russian Olympic Committee.

Officially the athletes will represent not their country, but the ROC, and Russia’s name, flag, and anthem are banned. Critics point out that it will be hard to spot the difference when Russian teams are wearing full national colors.

The new rules — an evolution of the “OAR” restrictions used at the 2018 Winter Olympics are a confusing patchwork of dos and don’ts.

Russian red, white and blue on uniforms are fine — the blocks of color on the official tracksuits form one big flag — but not the word “Russia,” the flag itself, or other national symbols. The artistic swimming team said it’s been blocked from wearing costumes with a drawing of a bear.

Official Olympic paperwork and TV graphics will attribute Russian results to “ROC” but won’t spell out the Russian Olympic Committee’s name in full. Gold medalists will get music from Russian composer Tchaikovsky instead of the country’s national anthem.

Despite the name change, Russia will have a nearly full team at the Olympics after sending depleted squads to the 2016 Rio de Janeiro Olympics and the 2018 Pyeongchang Winter Games.

This time, only track and field and weightlifting will impose limits on Russian squad size. They are the two sports with the largest numbers of doping cases — from Russia and elsewhere — in recent Olympics. Russian officials have selected a 10-person track team that includes three world champions.

Russia is sending more than 330 athletes to Tokyo, with the exact number still unclear because of uncertainty surrounding the rowing team. That’s about 50 more than in 2016 when the doping-related restrictions hit harder across multiple sports, but still, the second-lowest number since the Soviet Union broke up in 1991. The team ranges from 16-year-old gymnast Viktoria Listunova to 56-year-old dressage rider Inessa Merkulova.

The ROC team is targeted to finish third in the medal count and gold medals are expected in Russia’s usual strongest sports like gymnastics, artistic swimming, wrestling, fencing and judo.

Only Russian athletes in track and field have had to undergo special vetting of their drug-testing histories or possible involvement in past cover-ups. World Athletics has its own sanctions against Russia, including an “authorized neutral athlete” certification program. Only athletes with that status were eligible for Tokyo.

Weightlifting has its own system of doping sanctions, restricting team sizes based on past misdeeds. Russia can enter one male and one female lifter for Tokyo but avoids the outright bans from Olympic weightlifting imposed on the most persistent offenders like Thailand and Romania.

The latest rules on Russia’s name and image were set last year by the Court of Arbitration for Sport in a ruling that satisfied almost nobody.

As so often with Russia, the sanctions aren’t as much about doping as about the cover-up.

Tokyo Olympics: Wimbledon finalist Mattoo Berrettini pulls out of Olympics due to injury

Just when Russia was patching up relations with the World Anti-Doping Agency in 2019 by allowing it access to the Moscow anti-doping lab’s files, WADA investigators spotted strange anomalies in the data. Evidence had been deleted and spurious information added, including fake messages designed to tarnish the name of WADA’s star witness, former lab director Grigory Rodchenkov.

WADA said the edits were made while the lab was sealed off by a Russian law enforcement body. Russia denied wrongdoing.

The CAS ruling was hailed as a partial victory in Russia, which had its initial four-year sanction cut to two. It was criticized by some anti-doping figures who wanted neutral-color uniforms at the Olympics and stricter vetting to ensure doping suspects couldn’t compete.