Spurs, meanwhile, have made some massive changes to their team. They will be hoping to shrug off their poor form and get back on the winning ways in their inaugural match of the upcoming campaign.

@10:12 PM: Tottenham vs Manchester City LIVE: It is Son who puts Tottenham in front! A great stepover to fake Ake out, Son cuts in and shoots with his weaker left foot. The ball curls into the bottom left corner! Great goal! Tottenham 1-0 Manchester City

@9:46 PM: 46 mins’- HALF TIME! Action on both sides of the pitch. Man City started off strong while Spurs slow and steady grew into game.

@9:45 PM: 45 mins’- One minute added before the players head back into the tunnel at the end of the first half

@9:43 PM: 43 mins’- Man City has been denied many opportunities by Spurs with the hosts looking to press the reigning PL champions and running at their defense on counter attack every single chance they get.

@9:40 PM: 40 mins’-  Spurs stretch out Man City’s defense as Son hits the ball just wide off Ederson. A clear corner not given to the hosts.

@9:33 PM- 33 mins’- Spurs waste yet another chance after being in a 3v3 situation in City’s half. Son opts to pass the ball back rather than launching it into Ederson

@9:30 PM: 30 mins’-Son finds himself in Man City’s box taking City defenders’ on but is ruled offside by the referee

@9:25 PM- The hosts are getting more involved in the match. Spurs have yet another free kick in City half as Moura volleys the ball into Gundogan

@9:21 PM: 21 mins’-Spurs have been defensively the first minutes of the game. Looking to hit Man City on the counter, the hosts get their second corner of the game

@9:18 PM: 18 mins’-  Spurs finally get to hold onto the ball as and look to rush into the City half. Corner for the hosts

@9:15 PM: 15 mins’ – Most of Man City players find themselves in Spurs half with the visitors high-line bringing them closer to Spurs goal

@9:12 PM: 12 mins’ – Spurs look to push the ball up but fail to keep hold off with City quick in dispossessing the hosts

@9:06 PM:6 mins’ – Man City kick up a notch. continue to attack Spurs post. The visitors look control of the game

@9:04 PM: 4 mins’- Jack Grealish gets City a free kick in a dangerous area. Ilkay Gundogan hits it over the bar

@9:02 PM: 2 mins’- Sanchez hits’ it long as Son chases the ball, no pressure on City as they ease back and move on with the match

@9:00 PM– KICK OFF! Heung-min Son starts the game and get the ball rolling.

@8:55 PM– Son Heung-min has only scored more goals in all competitions against Southampton (11) than he has against Manchester City

@8:45 PM–  However, Pep Guardiola holds the record for being the only manager to win all opening day matches .It will be interesting to how Nuno will look to outthink the Spanish tactician.

Tottenham Hotspur did not have a great season during the last campaign. Despite a promising start, Spurs failed to capitalize on the opportunity and fell off the wagon mid-season. It also led to the sacking of Jose Mourinho with Ryan Mason taking charge on an interim basis for the rest of the campaign. They now head into the season with former Wolves boss Nuno Espírito Santo taking charge of the London side.

Manchester City has one of the best squads in the Premier League. They have gone on to further strengthen their team by roping in Jack Grealish from Aston Villa. The Premier League winners kickstarted their pre-season with a 2-0 win over Preston before registering a massive 4-0 against Barnsley. 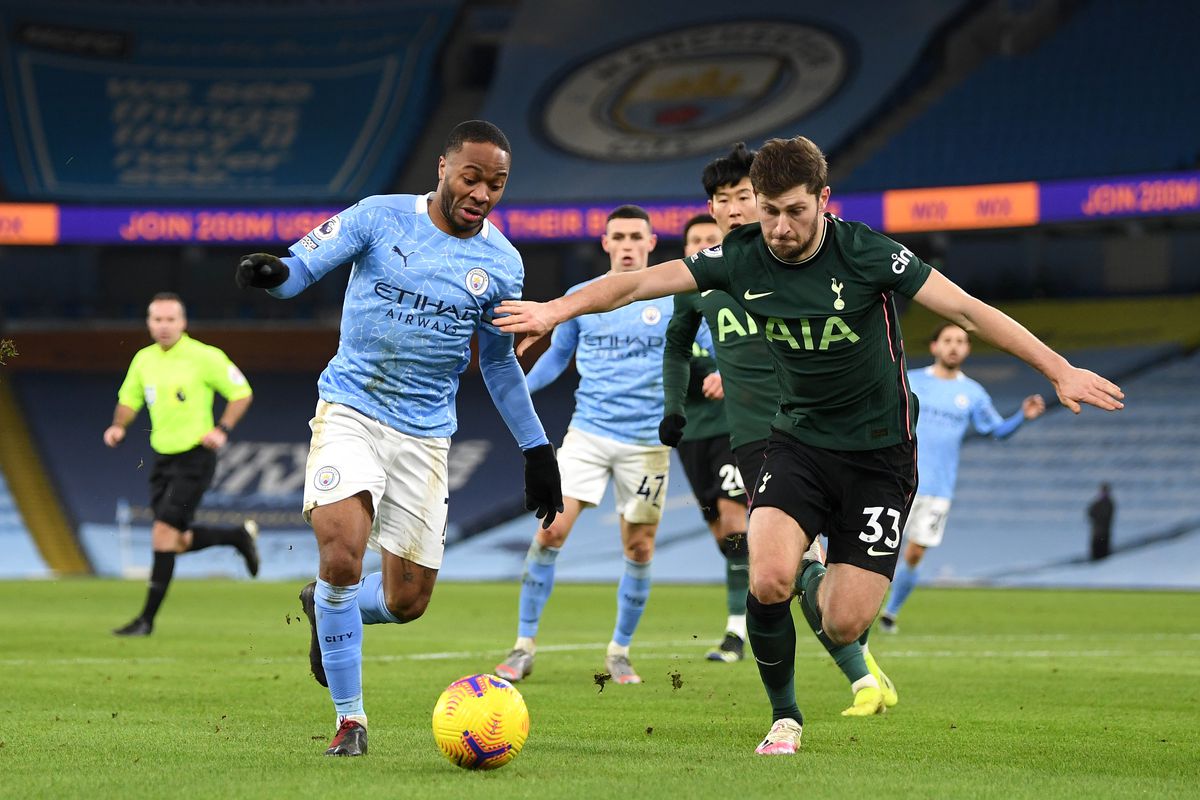 However, Pep Guardiola’s side failed to replicate their pre-season form in their latest competitive clash which saw them lose the Community Sheild to Leicester City. The Cityzens will be eager to shake off the lone defeat and start their season with a win over their London rivals on Sunday.

Manchester City did not field their strongest 11 against Leicester City in their previous game which resulted in a loss. However, Pep is expected to field his strongest 11 during Man City’s first match of the season and aim for a win. We expect the Manchester outfit to cruise towards an easy win and pocket three points at the end of 90 minutes.