Chelsea reaches their 1st finals of the UEFA Champions League since they won the prestigious tournament in 2012. It will be an all-English Semi-Finals as they will face Manchester City.

Thomas Tuchel reaches back-to-back finals as well. The German manager made 4 changes to the side that defeated Fulham last time out. Rudiger comes into the side in place of Zouma, Kante and Jorginho were at the heart of the midfield. Kai Havertz retained his place instead of Christian Pulisic, who scored the goal last time out.

Zinedine Zidane made a huge call by calling on Sergio Ramos after a month. Nacho and Ferland Mendy started at fullback positions. Varane was injured so Militao took his place. Eden Hazard started the match against his former club.

They don’t come much easier than that! 🙌

The Blues took the lead on the night as Werner headed home with a close-range effort to take the lead in the 28th minute.

Kante opened up the Madrid defense with a great run in the final third. He played a one-two with Werner who passed it to Havertz. Courtois came off his line and Havertz tried to chip the ball in.

Unfortunately for him, the ball hit the crossbar but Werner was alert and reached the ball to head it home in an empty net. 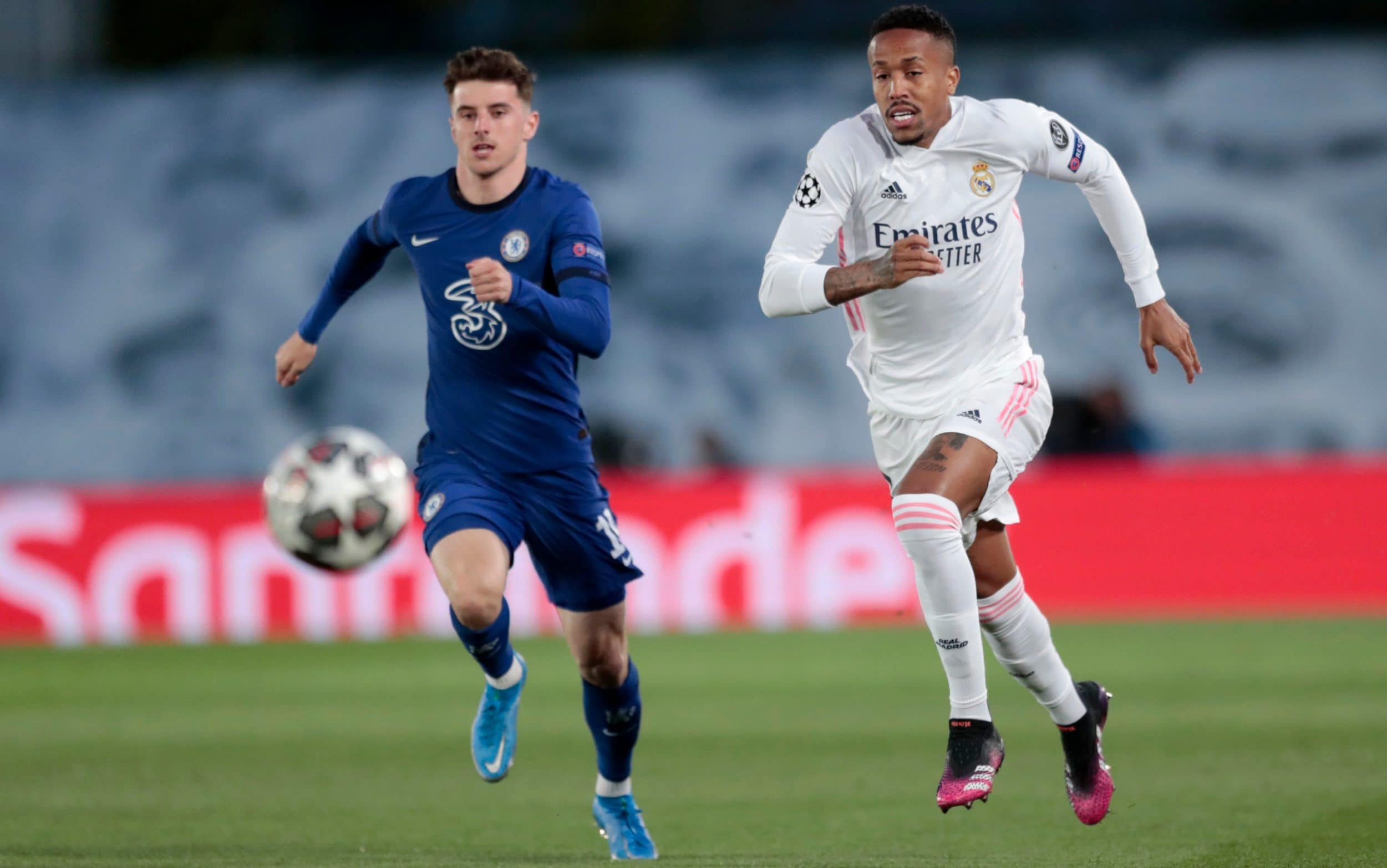 UEFA Champions League: In the second half, Chelsea had a lot of chances but failed to convert them. Havertz hit the bar again in the 47th minute, as he met a cross from the right-hand side.

Another chance came 5 minutes later as Mason Mount opened Real Madrid’s defense but failed to keep his shot down. He could have passed the ball to Havertz also but chose to shoot it himself.

6 minutes later, Havertz missed another great chance to double the lead as he failed to beat Courtois. The Belgian goalkeeper kept his side in the game in the 2nd half.

A great block by Valverde in the 66th minute kept Real Madrid’s hopes for the win alive as Kante shot the ball the first time.

After failing to convert so many chances, the Blues finally doubled their lead and secured their place in the UEFA Champions League Finals. Kante stole the ball from Nacho and immediately released Pulisic.

The American had an opportunity to shoot the ball the first time but he chose to twist and turn and wait for Mount to make a run at the near post. Pulisic crosses the ball and Mount was there to steer it in.

Euro 2020: ‘Chris, I love you’, says Lukaku after scoring in Belgium’s win