Zidane made 2 changes to the side that beat Elche. Casemiro missed due to suspension and Isco dropped to the bench. Kroos and Modric were recalled into the starting line-up to anchor the midfield.

Atalanta made 3 changes to the side that beat Spezia. Frueler was out due to suspension, while Palomino and Ilicic made their way into the starting lineup. Romero was brought back in defense alongside Toloi and Djimsiti.

It was Karim Benzema who opened the scoring for the hosts. He scored his 70th goal in the Champions League. The Atalanta goalkeeper produced a howler at the back and Benzema punished him with a cool finish.

Sportiello drilled his clearance straight at Modric, who latched on to his own block. He cut back a pass for Benzema in support. The Frenchman only needed to beat the goalkeeper and he found the bottom-left corner with a composed finish. 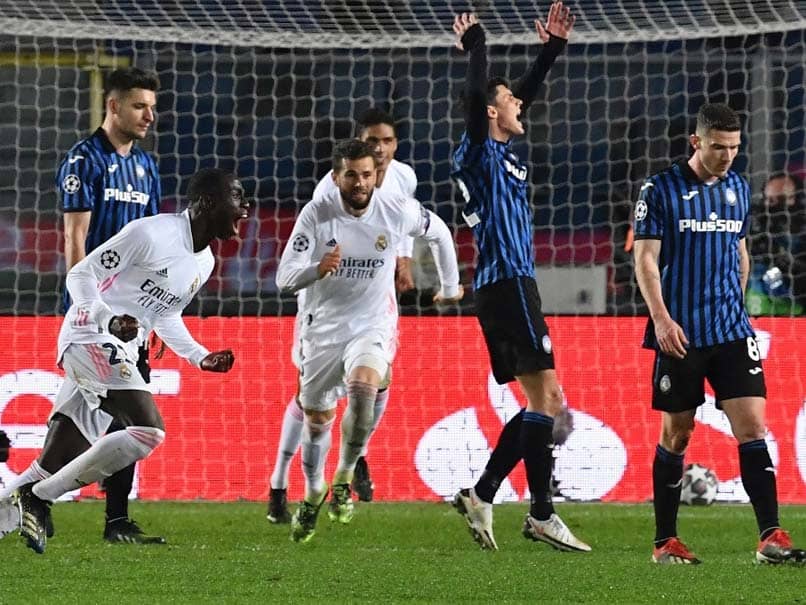 Vinicius won possession who gained a penalty in the opposition box. It was Sergio Ramos who powered his strike into the right. The goalkeeper went in the right direction but still could not stop despite getting a hand on the ball.

Real Madrid doubled their lead in the 60th minute and go 3-1 on aggregate.

Atalanta get a goal back

It was Luis Muriel who scored with a fine effort from the free-kick. Atalanta lined up a wall in front of the free-kick and three players subside before Muriel took on his strike.

They part as the forward clipped his effort over the Madrid wall and into the top-right corner. Courtois got a hand on the effort but could not keep it out in the 83rd minute.

Asensio restored Real Madrid’s 2-goal lead. He came off the bench to put the result beyond any doubt. Atalanta was disjointed after their substitutions and Vazquez capitalized with a weaving run down the flank.

He cut inside and offloaded to Asensio in space in the box. The Spaniard took one touch before hammering a low strike inside the near post into the bottom-left corner.