At the World Championships in Greco-Roman, freestyle and women’s wrestling, which started in Kazakhstan, gold medal candidates in four weight categories of 55, 63, 72 and 82 kg were determined.
Wrestling fans can catch all the action LIVE from UWW Senior World Championship 2019 on www.wrestlingtv.in

In the lightest weight category, the highest-ranking award will be challenged by Korlan Zhakansha from Kazakhstan and Nugzari Tsurtsumiya (Georgia). 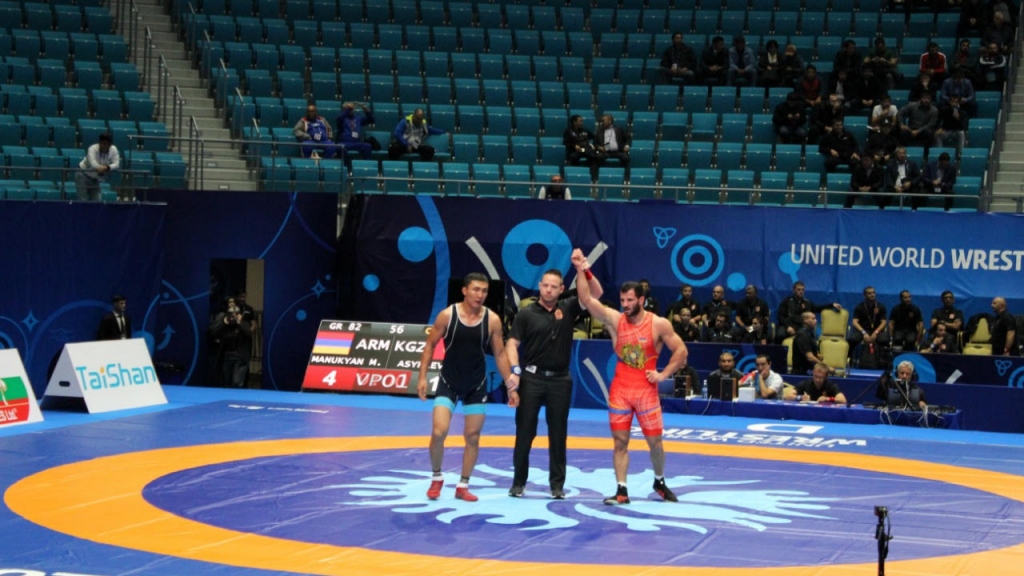 Weighting up to 63 kg, Stepan Maryanyan (Russia) and Shinobu Ota (Japan) will compete in the battle for the world championship gold medal on the Nur-Sultan’s carpet, who respectively won the semifinal meetings with representatives of Armenia and Kazakhstan.

In the weight category up to 72 kg, Balint Korpashi (Hungary) was not able to present a sensation and in all respects lost to Abuyazid Mantsigov from Russia – 0: 8.  In another semi-final, Aram Vardanyan from Uzbekistan broke the resistance of Aik Mnatsakanyan (Bulgaria) – 4: 1, thereby securing at least the silver award of the 2019 World Championship.

In weight up to 82 kg, the final pair of the main wrestling start of the current year – qualifying for the Olympic Games of the World Championship were representatives of Georgia and Iran.  Lasha Gobadze in a difficult match was more successful than the wrestler from Uzbekistan Nurbek Khashimbekov (3: 1), and Said Abdvali (Iran) capitulated to the Azerbaijani Nets Rafig Huseynov (repeated winner and medalist of the World Cups and European Championships. However, Abdvali has tremendous experience in weight 75  kg, and in his piggy bank there are awards from all major starts (silver medal of the Olympics in Rio, gold and bronze of the World Championship and Asian Games, as well as gold and 2 bronzes of the continental championship). advantage and eventually lost to the athlete from Azerbaijan with a score of 5: 8.