The former second-round pick- Mitchell Robinson had evolved into the starting center for the revived Knicks franchise. Derrick Rose was left heartbroken after being told on-air of Mitchell Robinson’s injury.

New York’s long-awaited playoff push just got more complicated after promising big man Mitchell Robinson suffered a broken right foot during Saturday’s game against the Bucks. The 22-year-old will be re-evaluated on Sunday, the team announced.

Mitchell Robinson suffered a fracture in his right foot and will be re-evaluated when the team returns to New York tomorrow.

Robinson had emerged as the team’s starting center this season, averaging 8.5 points, 8.4 rebounds, 1.5 blocks, and 1.1 steals for the resurgent Knicks.

New York drafted the former Western Kentucky standout, Mitchell Robinson, as their 36th overall in 2018, and his role has slowly increased during his two and a half seasons with the team.

Between the progress of young players such as Robinson and RJ Barrett as well as the arrival and blossoming of All-Star forward Julius Randle, the Knicks are enjoying their best season in eight years. 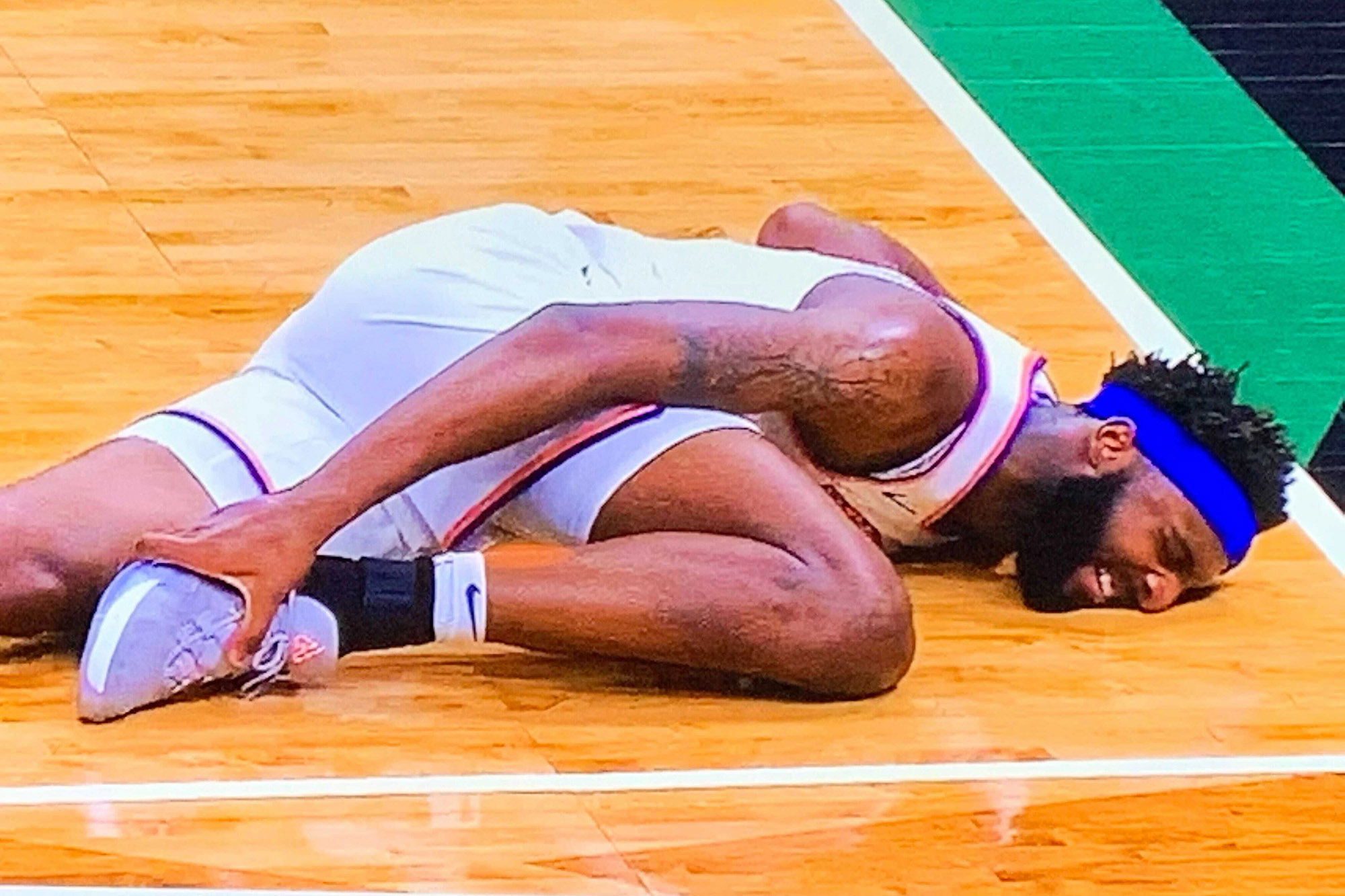 The Knicks have not made the playoffs since 2013.

Rose, meanwhile, also just got back from a lengthy absence after battling COVID-19. He’s been a terrific mentor for the Knicks’ young players since joining the team last month.

The 32-year-old playmaker put up 13 points on 6-for-15 shooting from the field in his return.

The defensive-minded Mitchell Robinson, on the other hand, has been solid for the Knicks this season after fighting for his minutes early on.

He was finally earning the good graces of head coach Tim Thibodeau and his injury couldn’t have come in a more unfortunate time.