The Russian had never survived Wimbledon’s first week. He knew his fellow Monte Carlo resident would be a stern test on turf, especially his powerful serve.

So it proved. Medvedev did break midway through a 72-minute first set, but so did Cilic who then took it on a tie-break.

Buoyed by that success the big Croat forced deuce in the first Medvedev service game of the second set, broke his second one to love, and concluded the set 6-3 with a third break. 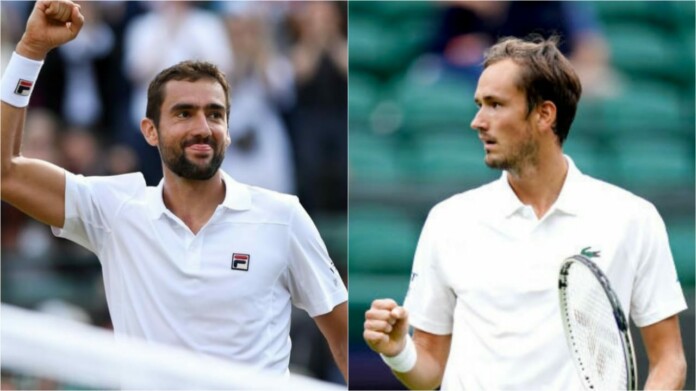 Medvedev had double-faulted to concede that final break, which suggested his race was done. But no player reaches No.2 in the world without some steel.

His next service game was won to love, capped off by an ace. He put pressure on the Cilic serve, then broke it. And broke it again. And again.

For the first time in his career, Daniil Medvedev wins a match after losing the first two sets.

Cilic battled to the end but the final set was a virtual procession as Medvedev asserted his authority and took it 6-2 to clinch victory.