WWE Wrestlemania Backlash Results – Roman Reigns Wins: The first main-event after Wrestlemania 37 turned out to be a blockbuster event with as many as 5 title bouts taking place in the night. Roman Reigns was the talk of the night as he registered a real hard-fought victory over Cesaro.

With their Championship triumph, the Mysterio’s etched their name in the history books. They now become the first-ever father-son duo to hold the gold together at the same time in WWE. Below are the full results of WWE Wrestlemania Backlash:

The night kicked off with a massive RAW Women’s Championship match that saw a quintessential battle between the three of the best in Raw Women’s division. The three put on a confined show, but the things unfolded only after a slip up from Queen Charlotte, who took out Asuka with a big boot to the face, and Rhea Ripley was quick to score a pinfall on the Empress of Tomorrow Asuka.

With Flair not involved in the pinfall is a sign of an upcoming one-on-one feud between Charlotte and Ripley in the upcoming weeks of Raw.

The first half of the match saw Rey battling alone against the Dirty Dogs as they gave a befitting treatment to Dominic backstage before the start of the match. However, Dominic made his way back to the ring in the closing moments, and with a frog splash on Roode, he claimed his first title in WWE, and the Mysterio’s created history by becoming the first father-son duo in the WWE to hold the gold.

Time and time again, WWE has made some horrendous matches, and the lumberjack match between The Miz and Damian Priest was one of those. It wasn’t a technically praising bout as both Miz and Priest were seen spending more time fighting the Zombies lumberjacks. It was a visual treat for the audience with Zombies surrounding the ring and willing to get into the action, but there wasn’t anything promising throughout the bout. Finally, the match was done and dusted with Priest hitting ‘Hit The Lights’ to The Miz.

Belair’s first title defense after a historic victory over Sasha Banks at Wrestlemania 37 turned out to be a bluff. The match was expected to go down to the wire, but the end wasn’t as convincing as it should have been. Belair went for the roll-up pin, and the referee counted three even with Bayley’s shoulders were off the mat. A controversial end to the match means the rift between Bianca and Bayley is nowhere near to an abrupt end.

An off-card match between Sheamus and Ricochet with the United States Championship not on the line was nothing but a wimp. The match saw a dominant Sheamus getting past Ricochet with utmost ease, with the latter able to display a fair bit of his extraordinary flying skills.

The ‘Head of the Table’ Roman Reigns was able to close off a spirited performance from Cesaro by making him submit to a guillotine after using the submission move twice. Irrespective of the result, Cesaro did not harm his reputation as a big-match player and took Reigns to his limits. The biggest highlight of this match was that there were no signs of the ‘Right Hand Man’ (Jey Uso) as Roman, for the first time in a while did his work by himself.

However, once the match was over, Jey and Roman viciously attacked Cesaro and were later joined by Seth Rollins, who isn’t done with Cesaro. Rollins, after ambushing Cesaro mercilessly, trapped his arms in a chair and slammed into the ring post. He concluded his attack by stomping Cesaro’s head on the floor. 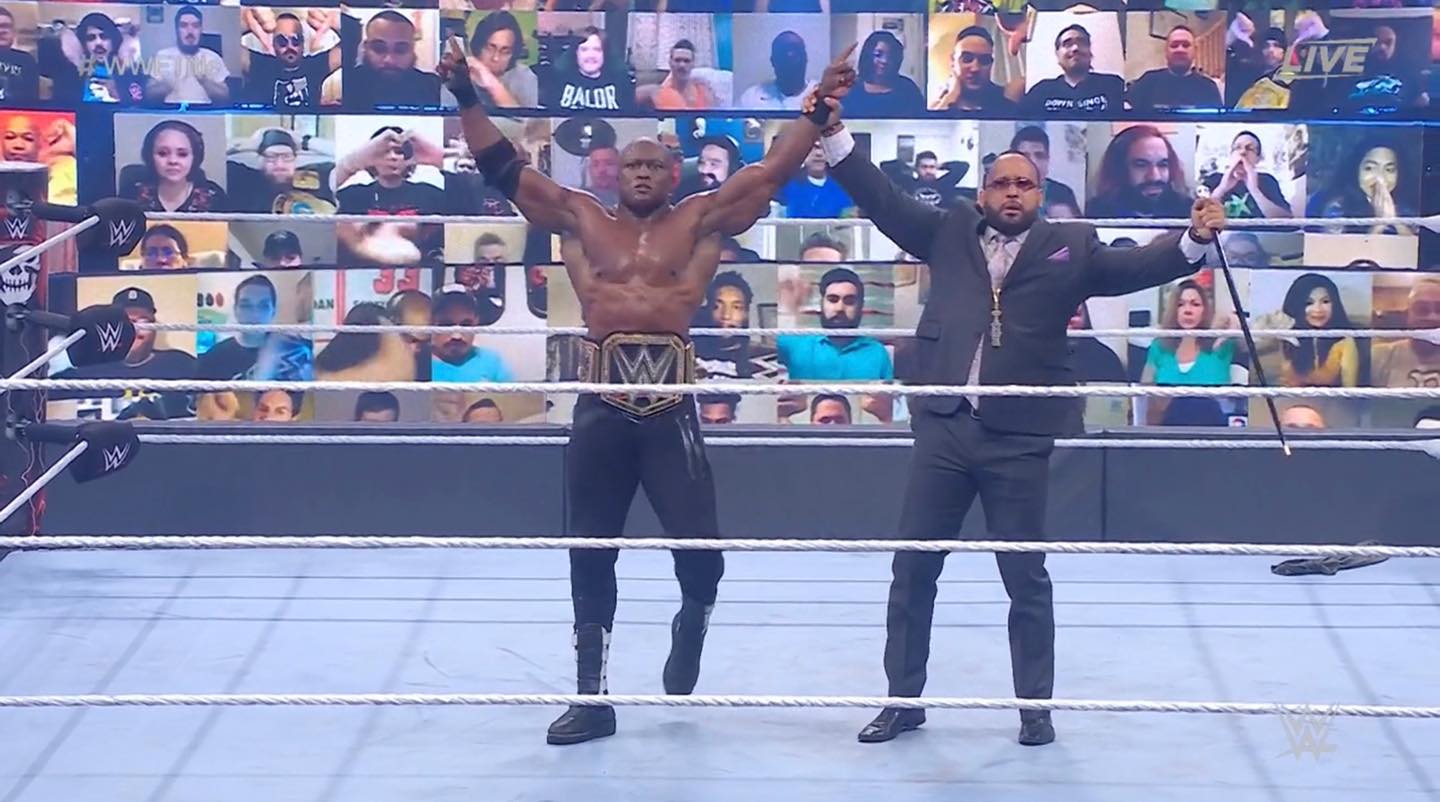 As expected, the triple-threat WWE championship match was a powerhouse blockbuster. Lashley, Strowman, and McIntyre give their all in a grueling bout, but it was the All-Mighty WWE Champion who retained his title at the end of the night. The match saw temporary teams emerging at a point in time.

First, it was McIntyre and Strowman teaming up to brush aside Lashley, and then we saw McIntyre and Lashley teaming up to get the better of the ‘Monster among Men’ Braun Strowman. The ending moments saw McIntyre hitting a Claymore to Strowman, but Lashley shoved off McIntyre to hit a Spear of his own to the big man to retain his title and continue his ‘All-Mighty’ reign.

WWE Raw: Amid “CM Punk” chants the Chicago crowd witnessed the ruthless side of Drew McIntyre. Here are the Top 3 moments from the...

WWE Raw Results: Keith Lee humbled Karrion Kross to finally get a victory after a string of defeats. Check Details!

WWE News: Ric Flair asked for his WWE Release? Check Out Why

WWE Summerslam: Stage is set for a quintessential Goldberg vs. Bobby Lashley bout at the Biggest Event of The Summer

WWE Raw: Goldberg to appear this week on Monday Night Raw. What to expect from the WWE Hall of Famer?